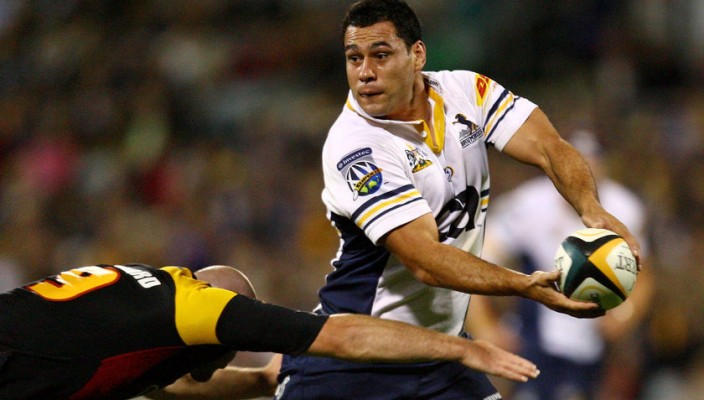 A knee injury has forced the 37-year old to sit out what would have been his final game on Australian soil, before he takes up a contract with Bristol in England’s Premiership.

Smith is the fifth most-capped Australian Test player of all-time after making his Wallabies debut in 2000 against France in Paris. The flanker has also made 164 Super Rugby appearances across stints at the Brumbies and Queensland.

Rugby Australia CEO Raelene Castle said: “On behalf of Rugby Australia and the Australian Rugby community, I want to congratulate George and thank him for his contribution to the game.

“What George has achieved over his 19-year playing career is nothing short of remarkable and it’s incredible to look over his long list of achievements.

“His playing ability will become the stuff of folklore in the years to come, whether you watched him at Manly Oval, ANZ Stadium or the world stage.

“George truly embraced our great global game and everywhere he has gone, he’s left an indelible mark on the group he played with and the broader community.

“To have been a dominant player for so long in one of the toughest positions on the field, George has truly earned his place amongst our greatest ever players,” Castle said.

Smith retired from Wallabies duty after 110 caps at the end of 2009, and though still an active player, has almost spent as long out of the international arena as he spent in it.

The legendary flanker made a brief comeback in 2013 against the British and Irish Lions but, remarkably, if Smith had continued playing every Test in the years since 2009, he’d have amassed a staggering 225 Tests as of June 2018.

A product of Sydney’s northern beaches, Smith rapidly rose through the junior ranks at Sydney club side Manly before then-Brumbies coach Eddie Jones signed Smith as an 18-year old.

The following season Smith made his Super Rugby debut for the Brumbies, scored in the Super Rugby final loss to the Crusaders before becoming Wallaby number 764 on the end-of-year Spring Tour.

Fans are being urged to show their appreciation for George Smith’s outstanding playing career by using the hashtag #ThankYouGeorge on social media this weekend.