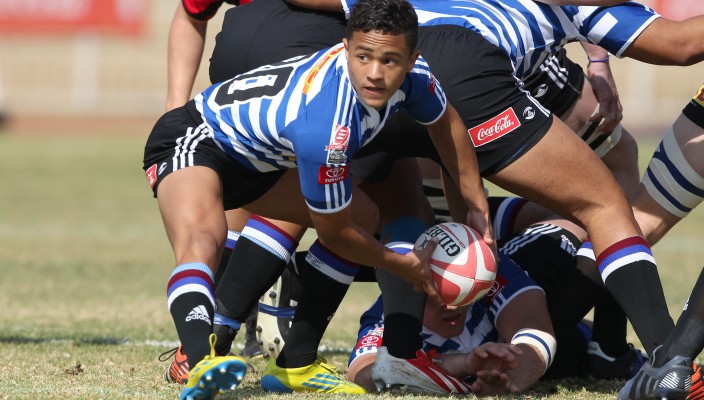 Gerbrandt Grobler lines up for DHL WP u21

Grobler lines up for DHL WP Under-21

Gerbrandt Grobler will start in the second row for the DHL Western Province Under-21 team when they host the Leopards U21s at City Park in Athlone on Saturday (kick-off 16h00).

The DHL WP Under-21s began their 2013 Provincial Under-21 season on a disappointing note last week, by going down 16-18 to the FS Cheetahs in Bloemfontein.

However, the return of Grobler, from DHL Stormers duty, will boost the ranks of the John Dobson-coached side – the majority of this side having played together in last year’s competition.

Grobler’s return, in the No.5 jersey, sees Jean Kleyn shift to No.4 in the WP second row, with utility forward Carel du Preez dropping to the bench.

In a final change up front, fit-again hooker Stephan Coetzee replaces Freddie Kirsten in the No.2 jersey. Kirsten will start from the bench – with Renier Marais dropping out – whilst fetcher Justin Benn is named on the bench as an impact player, Dobson once again opting for a five-two split between forwards and backs amongst his replacements.

“To lose any game to a last-minute penalty is not nice, but, the result aside, the major disappointment was our own performance. We did not nearly perform to the standards that we had set ourselves in terms of work-ethic and ball-protection and this was a surprise given how we had worked in the off-season.”

But it was not all doom and gloom in Bloemfontein last Saturday, and the WP Under-21 boss added: “If we are to take some positives out of it, it was a compelling scrumming performance but perhaps, more importantly, I think it was a big wake-up call to this group of players.

“I think it’s definitely a case of lessons learnt – if you fail to pitch up in this competition then you can get put away and we deserved that. There have been a lot of one-on-ones and some pretty direct conversations (this week) and we will put it right against the Leopards at City Park.

“The Leopards are always strong at this age-group, but hopefully the backlash (from us) will be coming,” said Dobson.

“That said, a few of our players will need to produce if they want to continue given the depth we have in this Province. When you wear the Western Province jersey it’s a privilege and a responsibility… (and) I am sure the team will reflect this this weekend.”

The DHL Western Province Under-21 team to take on the Leopards is as follows: