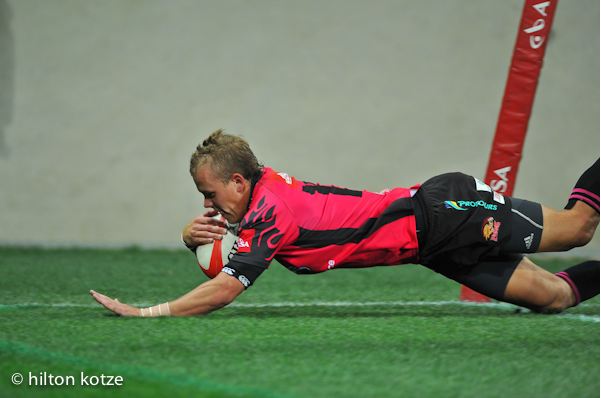 May 15 • General News, Vodacom Cup, Vodacom Cup News • 4829 Views • No Comments on Get ready for a cat-fight at Mbombela – Vodacom Cup Final Preview

Will the Steval Pumas be crowned as the eighth Vodacom Cup champions in Nelspruit, or will the MTN Golden Lions set themselves apart as the most successful team in the 16-year history of this competition?

These questions will be answered at the Mbombela Stadium on Friday evening when the Steval Pumas host the MTN Golden Lions in the Vodacom Cup final, which kicks off at 19h10.

For the team from Mpumalanga, this is new ground – they have never played in a Vodacom Cup final before. Prior to this season, their best performance was reaching the semi-finals in 2007 and 2012. On both occasions they lost, but last weekend, the Steval Pumas ensured they will host the final by beating the EP Kings at home.

Jimmy Stonehouse’s team has been very consistent all season. They lost only once in the pool phase and finished as the top team in the North Section. Their victories included good wins in Pretoria over the Vodacom Blue Bulls and in Kimberley over GWK Griquas.

Ironically, their only defeat came at the hands of the MTN Golden Lions in Round Six. By that stage of the competition, Johan Ackermann’s team was with their backs against the wall and any defeat would have spelled the end of their campaign in 2012.

The MTN Golden Lions started the season very badly and lost three of their first four Vodacom Cup encounters. They turned things around and have been on a good winning sequence, recording five consecutive wins en route to the final.

The Steval Pumas have selected an unchanged team for the second consecutive week.

Ackermann has opted for consistency and made just one change to the team which beat DHL Western Province in last weekend’s Vodacom Cup semi-final. Jaco Kriel is back at the side of the scrum after recuperating from a knee injury. He will partner Warwick Tecklenburg at flank, with Willie Britz moving to the bench.

As part of the campaign this year SARU, in-conjunction with Vodacom, will be giving away the “Tjovitjo Minibus”, a 16-seater Toyota Quantum, to one of the three schools that were selected during a random draw at SARU’s offices on Monday, 13 May 2013.

The campaign started last year when Ikhaya Primary School from Khayamandi in Stellenbosch won the Toyota Quantum after the draw at last year’s Vodacom Cup final, at GWK Park in Kimberley.

SARU and the Tag Rugby Association use this event to actively promote the growth of Tag Rugby in primary schools all over South Africa. This year we have added another dimension to the programme and SARU funded 15 regional Tag Rugby coaching sessions all over South Africa. More than 140 community coaches were trained on how to introduce Tag Rugby to their communities. These programmes were extremely well received and the coaches are our new foot soldiers in communities.

The very exciting part of the Vodacom Cup program is the legacy aspect. This sees each of the 149 primary schools that attended clinics nationwide entered into a draw. Each school stands a chance to win a Tjovitjo branded Quantum van to transport their children to sporting events. The bus is kindly donated to the winning school by SARU.

The schools in this year’s draw are:

SARU are hosting representatives from these schools, and last year’s school representative Pinkie Yoliswa, at Friday’s Vodacom Cup Final in Nelspruit, where the draw will take place.

Road to the Final:

(more than 50 points scored in the season)