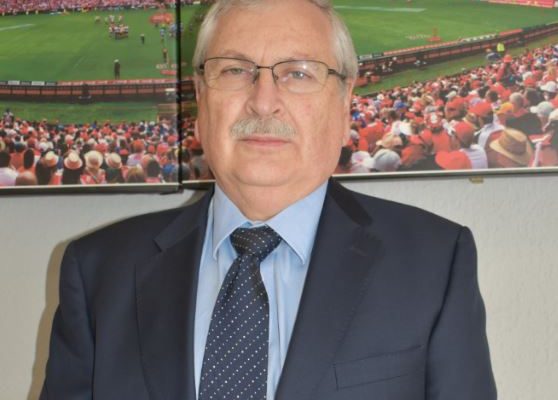 The Golden Lions Rugby Union is proud to announce that Stephen Meintjes has been co-opted as a deputy to the Executive Committee.

Meintjes is not a new face at the Lions. He started his career as a referee for the union in 1985. He was appointed as Chairman from 2002 to 2006 and was elected onto the Executive Committee in 2003 under the then president Jomo King.

GLRU President Neville Jardine said Meintjes brings a wealth of experience as a deputy given his solid finance and banking back-ground.

“The main focus of his duties will be finance, audits and risk management, as well as restoring and rejuvenating the referees’ portfolio while he will also assist with constitutional matters.

“We want to ensure the long-term sustainability of the GLRU and we believe, given Stephen’s vast experience that he can make us achieve this. I am confident that he will ensure that we are on the right path,” Jardine added.

Meintjes’ appointment is with immediate effect.