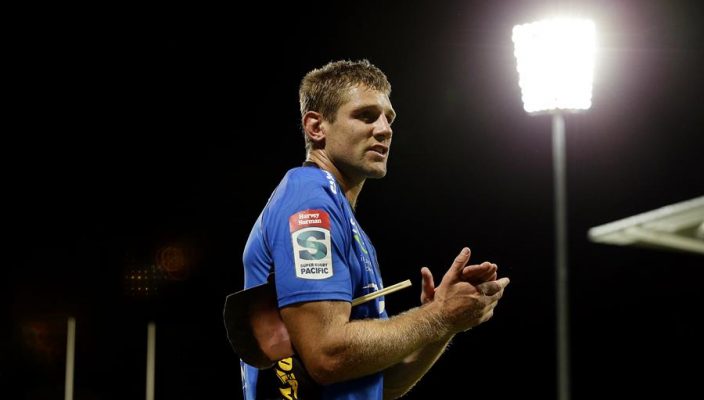 he Western Force can confirm that Kyle Godwin will be departing the club at the end of the season to join French Top 14 side Lyon.

Godwin, a homegrown product who recently made his 100th Super Rugby appearance, will continue as vice-captain of the club for the remainder of the current campaign.

Having risen through the ranks of the Future Force Foundation Academy while playing first grade for Associates and school rugby with Aquinas College, Godwin has forged an outstanding career after debuting aged 19 in 2012 against the Queensland Reds.

Godwin has enjoyed a decorated journey with the Force, having been named Rookie of the Year, Members Most Valuable Player and won the coveted Nathan Sharpe Medal as the club’s best and fairest in 2013.

The Zimbabwean-born and Perth-raised centre earned a Wallabies Test cap in 2016 against France following an exceptional season with the Force, with Godwin playing part in a memorable 25-23 win at the Stade de France.

With 76 appearances to date for the club he grew up supporting with his family at the old Subiaco Oval, Godwin explained this decision was one of the toughest he’s made.

“I left no stone unturned in my decision-making process and have ruminated over it for a considerable amount of time,” Godwin said.

“It is the right time in my career for a new experience and to take on a new challenge.

“I’ve loved every minute at the Force. They have given me the opportunity to live out my childhood dreams and nurtured me throughout my entire career, which I’m eternally grateful for.

“The club is moving in an exciting direction with an abundance of young homegrown talent rising through the ranks, and I know the future is bright for the Force.

“I’d like to thank Matt Hodgson, who has been my biggest supporter, advocate and mentor since the start of my career. I’d like to thank all my coaches and teammates, past and present, who I consider lifelong friends, and the front office staff for their unwavering support.

“Last but certainly not least, I’d like to thank the Sea of Blue. You are the most loyal supporters in the world, and I can’t thank you enough for your phenomenal support since day one. I will be giving my everything in the remaining matches this season for the club in our push for finals, and I cannot wait to be back out there playing in front of you all this Friday.”

“Kyle is an exceptional person and as a player he has given his utmost for the Force jersey throughout his time at the club,” Lewis said.

“He has shown aspiring young Western Australian players that dreams do come true from school to Super Rugby to the international game as a Wallaby. He has been a fantastic ambassador for the Force showing undoubted class and leadership on and off the field.

“The Western Force will always be grateful for Kyle’s contribution and commitment. We are devastated to lose a player of Kyle’s standing but we simply could not compete with the other club’s offer. On behalf of the entire club, I’d like to wish Kyle and his partner all the very best in France, and we hope to cross paths again in the future.”