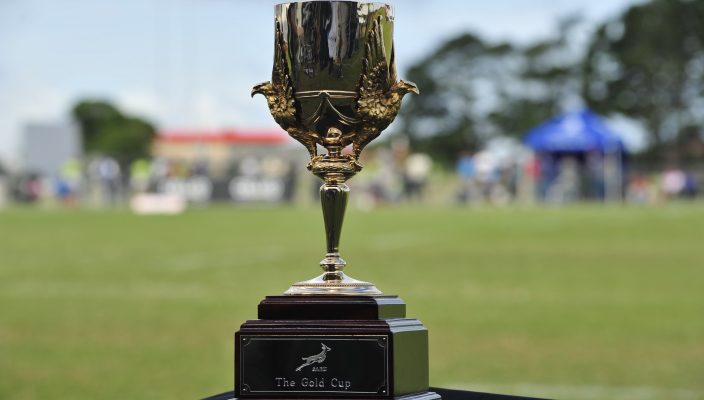 Johannesburg-based Pirates will host the first-ever international match in the Gold Cup era after SA Rugby on Tuesday evening confirmed the fixtures for the country’s flagship tournament for non-university clubs.

In a first for club rugby, the announcement was made on television, on broadcast partner SuperSport’s popular isiXhosa rugby show, Phaka.

Pirates, founded in 1888 and making their first appearance in a national club tournament since 2009, will play host to FNB Wanderers of Windhoek after the Gold Cup (until 2015 known as the Community Cup) was expanded from this year to include the champion open clubs of Namibia and Zimbabwe.

The Gold Cup will kick off on Saturday, 10 September, with 20 clubs once again competing in a Rugby World Cup-style format, with eight pool matches per week for five weeks up until 8 October and the top two from each group progressing to the quarter-finals a week later. All knockout matches, including the semi-finals (22 October) and grand final (29 October) will be hosted at participating clubs.

There are any number of intriguing battles to look forward to on the opening weekend, with champions Durbanville-Bellville kicking off their title defence at home to Border champions Mike Pendock Motors Old Selbornians, who won the corresponding fixture last year.

Last year’s runners-up Rustenburg Impala travel to Limpopo to face Northam Platinum Rhinos in an eagerly awaited clash of the mining towns, while Port Elizabeth will host the first of three all-Police derbies in this year’s pool stages – the other ‘Bobbies’ team in Pool D being Pretoria Police – when Don’s Pawn Shop PE Police welcome their Bloemfontein counterparts to the Friendly City.

“With just four months to go, the countdown has really begun and both SA Rugby and the clubs themselves cannot wait to kick off the Gold Cup era,” said SARU CEO Jurie Roux.

“The profile and quality of club rugby has risen sharply in the last few years and fans are once again packing grounds around the country to watch their local community heroes in action.

“We are confident that the Gold Cup will help unearth more hidden gems as it has done with (Cell C Sharks flyhalf) Garth April. Players must know that good performances will bring them onto the radar of provinces and franchises. There are still many issues to address but the days of club rugby being seen as a career cul-de-sac are over,” Roux added.

* For each semi-final, the team with the most log points in the pool stages shall host the match. If both teams have equal log points, Section 2, Clause 1 of SA Rugby’s General Competition Rules shall apply to determine home-ground advantage.

* The team with the most log points in the pool stages shall host the final. If both teams have equal log points, Section 2, Clause 1 of SA Rugby’s General Competition Rules shall apply to determine home-ground advantage.