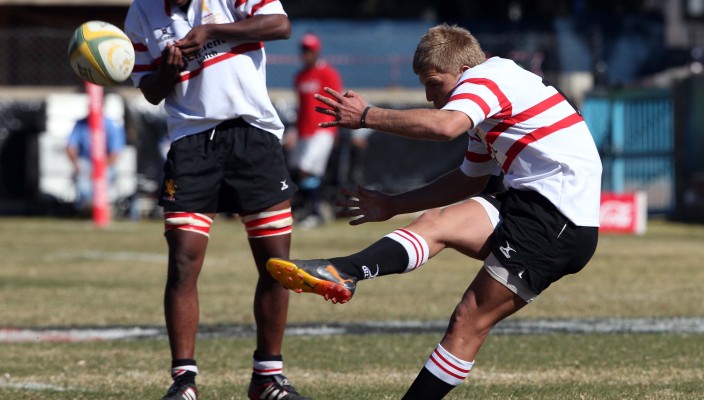 The Golden Lions and Free State on Tuesday placed themselves among the top teams to feature in the final match of the Coca-Cola Craven Week on Saturday as they registered hard-fought victories to mark a thrilling finish to the second days play in Polokwane.

Day two was characterised by big scores, as all the winning sides accumulated over 30 points in their matches.

The Lions were made to work hard for their 34-27 victory against SWD despite dominating up front and initiating an early 13-0 lead compliments of a try by Ralton October and two penalties by Erwin Harris. SWD however struck back strongly with two tries in seven minutes and another close to half time to cancel out the Lions’ second try. The tight tussle continued in the second half with the teams each crossing the tryline twice, but Harris’ successful conversions proved to be the difference between the teams.

Free State, meanwhile, held their nerve in a nail-biting encounter against Eastern Province to begin their campaign with a 32-21 victory. The clash was tight from the start with a try-scoring exchange taking place between the teams, while Eastern Province’s Theo Stapelberg scored two penalties to only one by Free State centre Stephen Rautenbach to hand EP a 18 – 15 lead at half time. Both teams created try-scoring chances in an arm-wrestle of a second half, but Free State came out on top as they worked their way into the right areas of the field and capitalised on their chances to cross the tryline twice. Another penalty by Rautenbach two minutes from the end to add to this was sufficient to shut out Eastern Province and seal the victory.

The Griffons, however, would have been disappointed with their result as an unsuccessful penalty in the dying minutes came at the cost of a victory.

The action continues tomorrow, with Boland meeting Border, KwaZulu-Natal taking on the Pumas and the Blue Bulls going up against Western Province in an action-packed day.