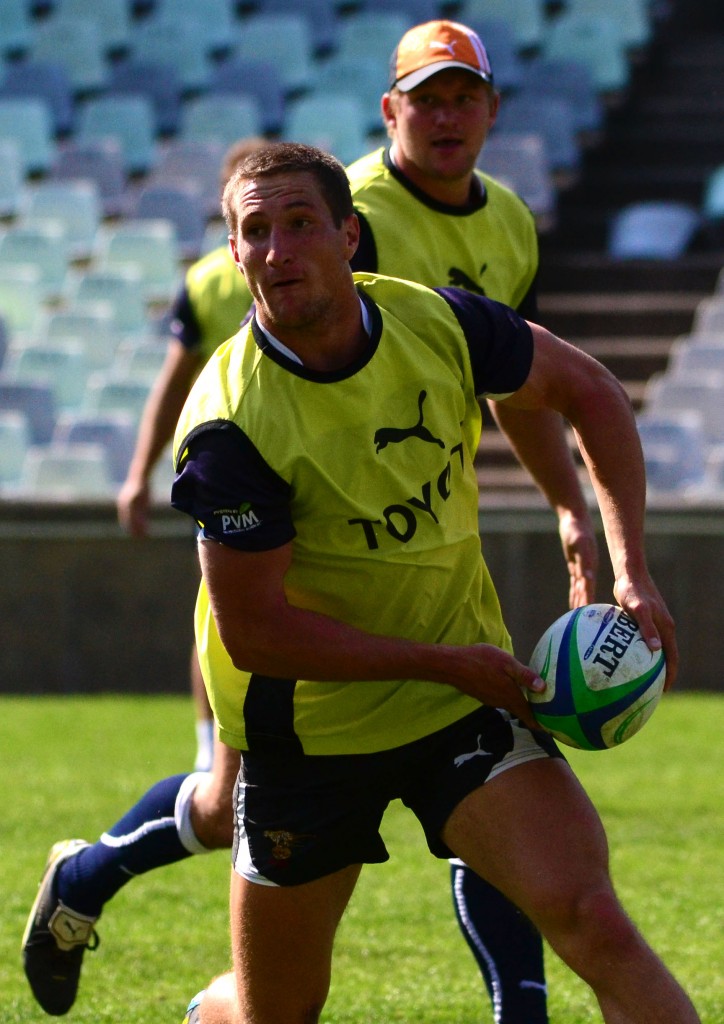 DHL Western Province No 8 Duane Vermeulen and Toyota Free State Cheetahs flyhalf Johan Goosen are the two uncapped players that have been added to the Springbok squad for the Australasian leg of The Castle Rugby Championship.

The squad of 28 for Tests against Australia in Perth ( 8 September ) and New Zealand in Dunedin ( 15 September), was finalised on Wednesday.

Apart from the inclusion of Vermeulen and Goosen, there were recalls for DHL Western Province midfielder Juan de Jongh as well as Bath loose forward Francois Louw, who has captained his English club before.

De Jongh was part of the squad for the first Test against Argentina in Cape Town while it will be Louw’s first involvement with the Springboks since last year’s Rugby World Cup in New Zealand.

Springbok coach Heyneke Meyer has confidence in the squad that has been selected, even though injuries, unavailability and retirement have robbed the Springboks of more than 800 Test caps worth of experience.

“We were not happy with our performance in Mendoza and we are making no excuses for what happened there, but we take full responsibility and have to look forward and get ready for our next tough match, against Australia in Perth,” said Meyer.

“Untimely injuries to Bismarck du Plessis, Chiliboy Ralepelle, Pierre Spies, JP Pietersen and Bjorn Basson have already hit us hard in the past few weeks. This again provides opportunities for other players to put up their hands.

“We were very keen to give Siya Kolisi an opportunity on this tour, but he is also out injured, alongside a list of other injured or unavailable forwards that include Gurthrö Steenkamp, Heinrich Brüssow, Schalk Burger, Juan Smith and Ryan Kankowski.”

Commenting on the four new players in the squad, Meyer said: “Injuries meant we could not use Duane and Johan earlier in the season, but both have played Absa Currie Cup rugby since their return and after consultation with their respective provincial medical teams, we’re confident that they are ready to travel with us.

“While Duane and Johan are medically fit, their provincial coaches felt it necessary that they get more game time in the Absa Currie Cup this weekend, but as we don’t have a lot of time to prepare and we need as much time with them as possible to get them used to our structures and game plans, the decision was taken to select them for the tour.

“I regard both of them as world class rugby players. If it wasn’t for injuries, Duane would have been a Springbok long ago. I also believe Johan has a long career ahead of him at Test match level and we will expose him when and how we feel it will benefit the player and the team best.

“Both Juan and Francois played at the Rugby World Cup last year and are experienced players. Juan covers both positions in the midfield and we opted for Francois because he is a specialist openside flanker, in the absence of Schalk, Heinrich and Siya, that can cover blindside and No 8 as well, while he is also a very useful option in the lineout.

“I’m also very excited with the quality of young talent coming through – Eben, Marcell and Johan are all still Under-21 and that bodes well for the future of Springbok rugby.”

The Springbok squad will assemble in Johannesburg on Thursday and is scheduled to depart for Perth on Saturday evening.

The Springbok squad for the Australasian leg of The Castle Rugby Championship is: