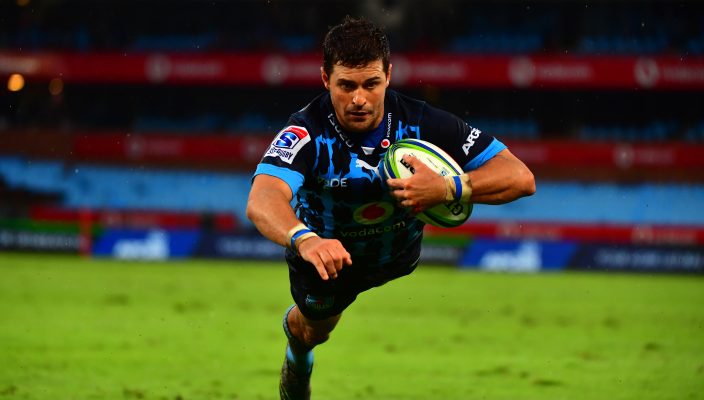 Vodacom Bulls flyhalf, Johan Goosen, is on his way back to South Africa for medical observation following an unfortunate knee injury in the side’s Vodacom United Rugby Championship win over Cardiff Rugby at the weekend.

The talented pivot is set to be replaced in the last leg of the side’s four-week United Kingdom tour by veteran, Morne Steyn, who is making a trip in the opposite direction to join the side in Wales.

The experienced Springbok, who was recently on national duty during the Rugby Championship and British & Irish Lions tour, will be a boost for the Vodacom Bulls, who face Scottish giants, Edinburgh Rugby this weekend.

“Morne Steyn is on his way to Wales where he will join the team as we prepare for our final tour match against Edinburgh,” confirmed Vodacom Bulls director of rugby, Jake White, on Tuesday.

“Johan Goosen will be on his way home for scans to determine the extend of his knee injury. We wish Johan well for his recovery.”

The Vodacom Bulls will travel to Scotland later this week, where they will take on Edinburgh Rugby on Saturday. The match will kick-off at 18h15.