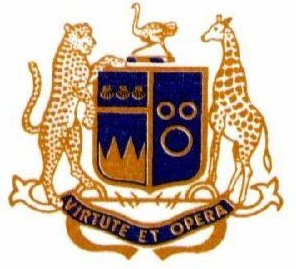 FOLLOWING a pre-season period which has met all its targets, Graeme College are ready to start their schools programme with a bang at the annual Pam Golding Properties Graeme Rugby Day in Grahamstown on March 16.

The cream of Eastern Cape’s schools will take part in this annual sporting extravaganza,with 16 teams playing in the matches on the Somerset field. There will be additional age-group matches on the Marais fields.

In addition,Cape Town school SACS will add a fresh dimension to the programme when they take on St Andrew’s in third last match of the day.

Graeme have set themselves the challenge of playing formidable King williams town side Dalein the final fixture, opponents they met in the corresponding day in 2015,going down 27-0.

Jonty van der Meulen, the Graeme coach, said they were well aware of the examination the King lads would set for them.

“As this is our big day, it’s important for Graeme to feature in the main match,” he said.“And we need to make sure that game involves some of the best sides in the region, so we have been on the receiving end a bit.

“But that is the situation and we are ready to go out there and to try to lay down a marker for the season.”

He said there had been some overlapping of sporting duties among some squad members, but added“for the most part, this has been one of the better pre-seasons we have had”.

“This year we got in a conditioning coach and he has done some really good work,” the Graeme mentor said. “In terms of fitness and strength levels, now coupled with our skills work, we could not have been better prepared at this stage of the season.”

Van der Meulen will be working with an extremely young team this year. Only two members are back from last year’s first team squad and he said they realized they faced a big learning curve.

“Fortunately we did have a very good U16 age-group last year and they are enthusiastic, keen to learn and working really hard.

“They obviously lack the experience and it will be tough to be thrown into the cauldron of first team rugby, but they will add a lot of value to the squad in terms of their hunger.

“This is their first opportunity to make a statement and we will be sticking with a squad system at this stage until we have seen what the guys can do.”

The Graeme Rugby Day is the start of an intensive period of matches for the team. They will compete in the Standard Bank Grey High Rugby Festival on March 21 and 23, and follow that with the Kingswood 125th Festival in Grahams town from April 6 to 10.

They will also attend the St John’s Easter Festival in Johannesburg.