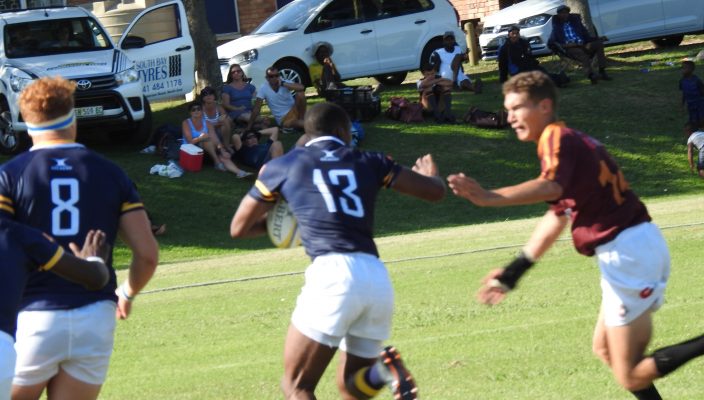 Graeme College will be looking at further improving their overall systems when their season continues at the Pam Golding Properties Graeme Rugby Day in Grahamstown on Saturday (March 14).

This annual tournament has become hugely significant on the Eastern Cape calendar and all the region’s top rugby schools will be there to fine-tune their play for the winter ahead.

Fresh from a resounding 64-7 win over Daniel Pienaar, Graeme are bracing themselves for a tough examination against Marlow Agricultural in the day’s feature match at 16.10.

Graeme coach Jonty van der Meulen said they knew what they would be up against, having lost to them in their two most recent encounters.

“Marlow always have a hard-working team who play a good brand of rugby,” he said. “We are looking forward to the challenge on the weekend.”
He added that there was room for improvement despite the impressive result against Daniel Pienaar.

“We were happy with how things went, especially with it being the first outing of the season, but we know we will have to move up a gear against Marlow.

“There were a number of players away with the first cricket team over the weekend who will come into contention. But in saying that, the players who started against Daniel Pienaar did a really good job and we have created some good competition within the squad.”
Van der Meulen added that their priority was to show continual improvement.
“If our performance goes up a notch from last week we will be happy. Early in the season we place importance in getting the basics right and working hard for each other because we understand that not everything will go according to plan at this stage.”

The tournament will get under way at 08.00 when Cambridge take on Mary Waters, while there are a number of mouth-watering clashes later in the day.

Among these will be the 12.40 clash between Grey High and Uitenhage powerhouse Brandwag and the main curtain-raiser at 15.00 between Framesby and St Andrew’s.