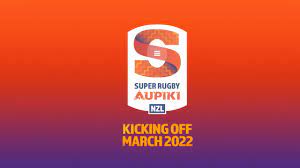 The country’s leading women players will set the rugby landscape alight in 2022 with the inaugural season of Super Rugby Aupiki.

The name Super Rugby Aupiki reflects on the competition being a crucial steppingstone between Farah Palmer Cup and the Black Ferns, with Aupiki translating to mean ‘the ascent to the upper most realm’.

“We saw a glimpse of how exciting this competition will be with the match between the Blues and Chiefs earlier this year. It also reaffirmed the need for this level of competition; will be a great opportunity for developing players.

“Next year is absolutely huge for women’s rugby and this competition will be the perfect showcase to kick things off and get the rugby public engaged in women’s rugby.”

Clubs will contract 28 players, with squads expected to be named in the next month. Players will assemble for one preseason match before coming together four days a week through the competition window in March.

Competition Format
Super Rugby Aupiki will kick off will run across four weekends in March, kicking off on 5/6 March.

The following two weekends will see home and away fixtures for each team before the top two meet in Final on 26 March. All matches will be broadcast on SKY.

The competition draw will be confirmed later this year.

Head Coaches selected
The head coaches who will be tasked with selecting the first Super Rugby Aupiki squads have been confirmed.

“It was imperative to make sure these teams were led by quality coaches, and we have achieved that with this group.

“We’re committed to this competition providing pathways for women in our game and we’ll see that in each of the wider coaching groups that the clubs assemble which is an exciting prospect.

“It was a priority to get Head Coach appointments locked in so now Clubs can focus on their player recruitment and management teams,” said Sexton.

Walker coached the first ever Blues women’s team in their fixture against the Chiefs earlier this year. The former Super Rugby player is in his first season with the Auckland FPC team.

Bunting will join the Chiefs team, after spending the last decade working with the Black Ferns Sevens. The two-time NZR Coach of the Year returns to his playing roots, where he represented Bay of Plenty.

Clarke has been in the Black Ferns set up for seven years as Assistant Coach and has strong ties to Manawatu where he has coached the Turbos and both the men’s and women’s sevens teams.

Baxter led Canterbury to FPC success in 2020; the team has been unbeaten while he has been at the helm. The Christchurch based coach has also been involved with several other Canterbury representative teams in recent years. The South Island team will reveal a unique name and identity, representative of the region, in the coming weeks.

Super Rugby Aupiki
In naming the competition, NZR were seeking a term that aligned with the competition being a steppingstone for players to reach higher honours.

NZR Māori Cultural Advisor Luke Crawford linked this to the narratives about the ascent of Tane to the highest heavens to retrieve the three baskets of knowledge. The baskets contained all the knowledge and understanding needed to ascend to the highest heights of achievement.

Drawing from a karakia that tells the journey of Tane, the following whakaaro was termed, “Te āupikitanga / tūpikitanga ki Te Toi-ō-ngā-rangi. – The ascent to the upper most realm”. Aupiki was chosen as the term to reflect the journey of players striving for higher honours which is the purpose of this competition.