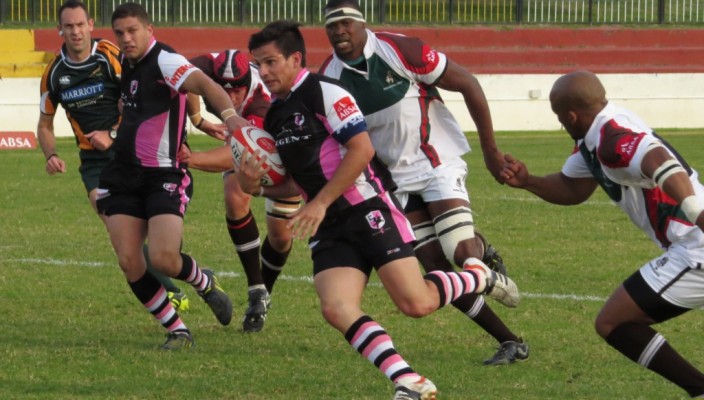 The Absa Currie Cup First Division will feature a series of gripping clashes on Friday and Saturday as the log leaders and early trailers respectively go up against each other in round four.

The pick of the matches will be between log-leaders the Leopards and Steval Pumas in Potchefstroom on Friday, which could see one of the teams suffer their first defeat of the season.

The bottom-of-the-log clash between the Border Bulldogs and Down Touch Griffons in East London on Saturday could also prove to be exciting, as both teams are desperate to register their first victory of the season.

In the other matches on Friday, the Regent Boland Cavaliers host the Valke in Wellington and the SWD Eagles go up against the EP Kings in George.

In Potchefstroom, a handful of SA President’s XV players will be in action, including star flyhalf Carl Bezuidenhout and his Pumas team-mates flank Uzair Cassiem, wing Rosko Speckman and fullback Coenie van Wyk. They will go up their Tbilisi Cup captain, the Leopards’ Brendon Snyman, and flyhalf Adriaan Engelbrecht in what is expected to be a closely fought encounter. With both teams coming off strong starts to the season, a victory for either team would serve as a big confidence booster with an eye on strengthen their position in the series.

The battle in East London could also prove to be an arm-wrestle as the Bulldogs and Griffons are both determined to recover from their sluggish starts to the season. In line with this the Griffons have loaded their team with stalwarts, including ever dependable flyhalf Louis Strydom and hooker Elandré Huggett, among others to boost their performance. The Griffons, however, will have to tighten up their defence to keep alive hopes of bouncing back from their back-to-back defeats as it has been one of their main problem areas this season with 15 tries being leaked in three matches.

In George, SWD will look to build on their victory last week against the EP Kings in what could prove to be a gripping clash, while the Boland Cavaliers will enter their clash against the winless Valke as favourites after digging deep last week to hold out Border for their second victory in three outings. With live-wire scrumhalf Ntando Kebe dictating play for Boland and talented fullback Jacquin Jansen making his presence felt this season the Valke will be under pressure to improve their defence to avoid a third successive defeat.

Border Bulldogs vs Down Touch Griffons