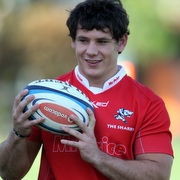 Griquas and Blue Bulls under pressure to win

GWK Griquas and the Vodacom Blue Bulls will be under immense pressure to register victories in the Absa Currie Cup Premier Division this weekend to stay in the running for semifinal places as the countdown begins to the final stages. Failure to do so could result in the teams battling it out to avoid the wooden spoon.

While victories would allow them to close in on the pace-setters in the competition with four rounds to go including this weekend, defeats could leave them at a point of no return in the series.

With Griquas battling to seal the deal in their opening six matches, defending champions DHL Western Province will target Friday’s clash to register a victory in order to maintain their lead at the top of the log.

In Saturday’s matches The Sharks meet the Toyota Free State Cheetahs in Durban and the MTN Golden Lions host the Vodacom Blue Bulls at Ellis Park in the Gauteng derby.

DHL Western Province will be high on confidence following their upset against the Vodacom Blue Bulls with 14 men for 45 minutes at Loftus Versfeld last week, and given their impressive style of rugby.

However, GWK Griquas are expected to put up a brave fight to keep alive their semifinal hopes, and with four bonus points for losing matches within seven points in five defeats, they will not be short of self-belief. Such was the closeness of the last encounter between the sides, Western Province won 20-19.

The Kimberley side, however, will have to overcome the mental block of having suffered five back-to-back defeats in order to create an upset. Western Province coach Allister Coetzee made two changes to his starting team for the clash with Rohan Kitshoff being drafted into the loose trio to fill the void left by Michael Rhodes, who is serving a one-match suspension, which has necessitated the switch of Rynhardt Elstadt to No 7.

GWK Griquas coach Pote Human, meanwhile, has made four changes to his team, which includes the return of lock Jaco Nepgen in place of the injured Robert Kruger and No 8 Leon Karemaker, while Jacques Coetzee replaces Marnus Hugo at scrumhalf.

In Durban the Sharks will back themselves to beat the Toyota Free State Cheetahs after winning five of the last six Absa Currie Cup matches between the sides. However, their last four victories have been by within seven points, meaning they will be careful to write off the visitors.

The fact that only three points separate the teams on the log table and the reality that they are both in the running for home semifinals will serve as extra motivation in both camps.

The forward battle is expected to be physical, and the breakdown battle decisive, especially with Springbok flank Marcell Coetzee determined to make his presence felt after carrying tackle bags in the Springbok squad. Given the quality of both teams’ backs, including the likes of Sarel Pretorius, Robert Ebersohn, and the Sharks’ Tim Whitehead and Charl McLeod, however, the clash could be entertaining should it open up.

The only change to the Cheetahs starting team is at lock where Lood de Jager replaces Teboho Mohoje, while scrumhalf Piet van Zyl will start on the bench after returning from Australasia.

The battle between MTN Golden Lions pivot Elton Janties and his younger brother, Vodacom Blue Bulls flyhalf Tony Jantjies is expected to take centre stage in what should be a thrilling clash at Ellis Park.

Given the home team’s style of play they are expected to stretch the visitors’ defence as they go in search of tries, but they will have to win the battle up front to achieve this. With the pressure mounting on the Blue Bulls, however, they will be determined to come out firing to save their season, meaning the hosts will be wary of writing them off.

Among the changes to the Blue Bulls team coach Pine Pineaar has named Springbok wing Bjorn Basson in the starting team along with exciting fullback Clayton Blommetjies and centre Ulrich Beyers to add some spark on attack.

MTN Golden Lions coach Johan Ackermann on the other hand has made several changes to his team with the most notable being the return of hooker Robbie Coetzee and prop Ruan Dreyer in the front row, while Ross Cronje replaces Tian Meyer at scrumhalf.