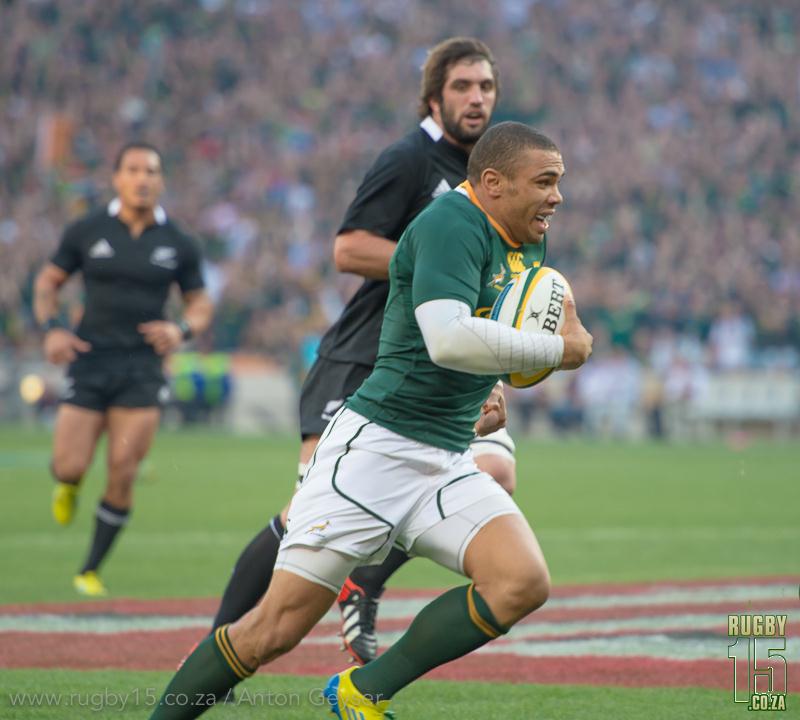 DHL Stormers and Springbok wing Bryan Habana has signed a pre-contract agreement to move to French club Toulon after the close of the 2013 Super Rugby season. The three-year deal will see Habana make the move to the south of France as the 2013/14 Top 14 season gets underway.

Habana said he was grateful to Western Province Rugby for providing him with some great memories over the past three years.

“I’d like to thank everyone at Western Province for their support throughout my stay in Cape Town,” he said.

“I’ve had three great seasons in the Cape thus far and I am looking forward to finishing off on a high before taking on a new challenge overseas. Hopefully we can build on the success we experienced last year – this young team has the opportunity to dominate for years to come and I’m proud to be sharing my experience with the next generation of star players.”

Western Province Rugby CEO Rob Wagner commented: “As sad as it is knowing that Bryan will be leaving us after this year’s Vodacom Super Rugby season, he does so with our blessing and we would like to thank him for his contribution to the DHL Western Province and DHL Stormers teams over the past three years.

“We would like to wish Bryan and his wife everything of the best for their new chapter abroad, but we also look forward to him giving his all for the DHL Stormers during the 2013 Super Rugby season.”

Capped 83 times at Test level for the Springboks – and their all-time leading try-scorer – Habana has made it clear that he is available to continue represent his country, should he be selected. “Playing for the Boks is a huge part of my life and I would never turn my back on my country,” he said. “I’ll never stop giving 100% on the field for any team I play for and if the Springbok coach picks me, I’ll be there.”

Making the move wasn’t an easy decision, but Bryan felt that the time was right to seek out a different challenge. “It’s a wrench to leave my home, even if only for a short while, but the chance to test myself against different opposition in a new environment was difficult to turn down,” he said.

“Rugby Club Toulonnais has an incredible pedigree and some phenomenal players and working with everyone there is going to help me improve my game – and hopefully I can bring something new to the team there as well.”

For the moment though, Habana has his sights set firmly on success with the DHL Stormers in the Vodacom Super Rugby tournament, as he recovers from a knee injury sustained during the 2012 Absa Currie Cup Final.

“The rehabilitation has gone well and I haven’t experienced any complications at all. We’re back at pre-season training now and I’m looking forward to putting in some serious work to get myself back up to speed ahead of the new season.

“I’m 100% focused on what I want to achieve on the field this year and can’t wait to get started.”