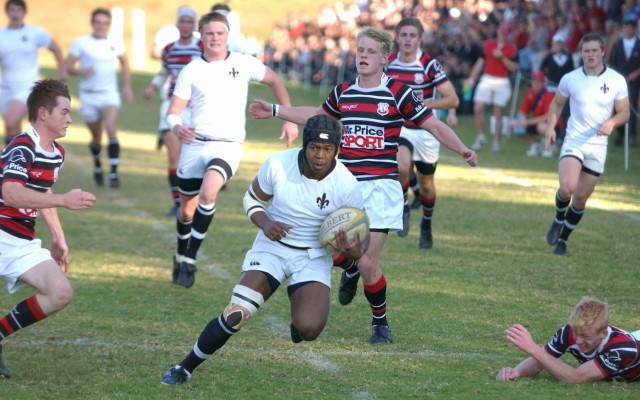 On a sunny but blustery day Hilton College took on their oldest rivals Maritzburg College and raced off to a fantastic start when a strong Hilton drive lead to Andy Lee crashing over from close range.

This was quickly followed by some quick thinking by Nqobi Maseko who spotted a gap and raced 40 meters to score in the corner. 10 nil to Hilton after just 10 minutes.

College showed they were made of sterner stuff and great break by no 13 led to a try under the poles for College, 10 to 7.

Hilton again went on the attack and some great work by Jayson Gouws saw him stepping through the College defence and scoring under the poles 17 to 7.

Some strong scrummaging and pick and goes by the College forwards lead to them scoring there second try, 17-14 to Hilton.

After repeated Hilton attacks a gap opened up on the blindside and Cameron Wright dived in to score he also kicked a fantastic conversion to make the half time score 24 – 14 to Hilton.

Both sides lineouts struggled in the conditions and Hilton were missing too many tackles and it as only some great kicking by Justin Sacks and Cameron Wright that had kept them in front.

Cameron Wright then kicked a long range penalty to settle the Hilton nerves before a clever kick by Sacks lead to Alaistar Rayner scoring in the corner.

The final whistle followed shortly afterwards and Hilton had won 38-22. While there were too many errors to call it a classic it was certainly a gripping game.

Schools can email their match report & action photos to media@schoolrugby to have it posted on rugby15.co.za 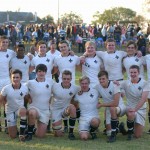 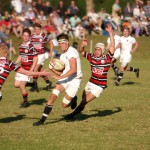 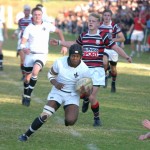