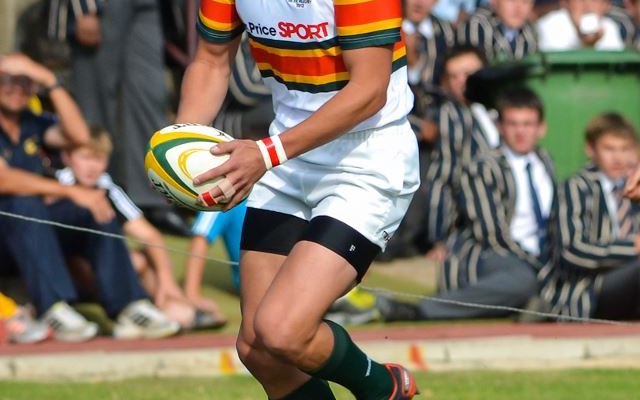 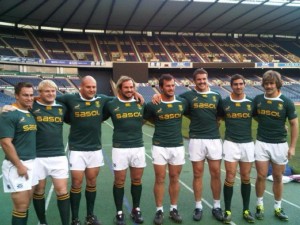 The Rugby Teams of Grey College and Affies first played against each other in 1953, the same year that Affies’ legendary Springbok Louis Schmidt played in the First Team. Since 1953 Grey and Affies have met 31 times with Grey winning 23 of these encounters while 3 matches were lost and 5 were drawn (74% winning record).

Grey’s winning record against all other schools since 1966 is 95% while Affies has a winning record of 70% against all other schools which dates back to 1923. Grey produced a total of 39 Springboks to date and Affies 7 Springboks. Post-isolation Springbok counts (since 1992) are 22 for Grey and 4 from Affies. Over the last decade Grey and Affies produced the most number of senior provincial rugby players (Currie Cup, Super 14 and Vodacom Cup) than any other school in South Africa.

While Grey has a better winning record at the First Team level than Affies, it is interesting to note the strength and depth of Affies Rugby where Affies has won (on several occasions over the last two decade) the overall rugby count of all rugby matches played during the Interschools day.

See below a historical overview of these two great schools:

The year in which Grey College was founded by Sir George Grey.

The first encounter between Affies and Grey which Grey won 3-0. This match was played as a curtain-raiser for the Free State vs. Transvaal match during the inauguration of the new Springbok Park in Bloemfontein. The legendary Springbok Louis Schmidt (father of Uli) played for Affies’s First Team that year.

Affies and Wonderboom hosted Sentraal High School and Grey College during the long week-end of 31 May. Several newspapers remarked that the attendance of these matches exceeded the attendance of major club, universities and several provincial matches. This is still the case today.

Dr. Pierre Edwards (headmaster from Affies) played for the Springboks against the South American Jaquars of Hugo Porta. Morne du Plessis (Grey) was captain of the Springbok team.

For the first time Affies and Grey drew the First Team match (26 all), played in Bloemfontein.

Affies beat Grey for the first time with a record score of 25-3 in Pretoria. This match was televised live on television. The 1996 Affies team has been regarded as one of the best Affies rugby teams in the history of the school and scored a record 146 tries that year.

For the first time, Affies won more rugby matches than Grey during the Interschools. The First Teams drew 23 all. The “Wit Bul” is introduced as the Affies mascot during the home match against Waterkloof.

The 2002 Interschools between Grey and Affies in Pretoria will always be remembered as the last public appearance of Hansie Cronje before he tragically died one week later in a plane crash. This memorable occasion with Hansie at the Grey vs. Affies Interschools was also captured in the Hansie movie.

Grey and Affies were very equal in terms of strength at First Team level over a span of 3 – 4 years before the 2002 Interschools since they drew 3 times during this time frame. The build-up to the 2002 Interschools was electric and it was the general consensus that the team that would win that day will be crowned as the unofficial top South African schools rugby team for 2002 and also over the preceding 4-5 years.

It was an intense match with Affies scoring early on and still leading 21-3 at halftime. It was published in the media after the match that Hansie called his dad (Ewie) during halftime and told him that while Grey is behind, he is convinced Grey would win that day. The second half produced some of the finest rugby moments from Grey scoring several tries to win 46-21.

For the 5th consecutive year Affies won more rugby matches on the day in all age groups.

Affies beat Grey for the second time in history in the year that Grey celebrated its 150th year. The score in Bloemfontein was 27 – 20 for Affies. Frans Steyn was the Grey flyhalf that day.

No less than 13 Old Greys formed part of the Cheetahs squad, including management team, that won the 2005 Currie Cup Finals against the Bulls at Loftus.

The 2007 Grey First Team was regarded as one of the best Grey College teams in history and beat Affies with a record score of 47 – 10 in Bloemfontein. The Ebersohn twins (Robert en Sias – both Cheetahs) and Coenie Oosthuizen (Cheetahs) played for Grey that day. This match was filmed by the Hansie movie crew to reproduce the 2002 Grey vs. Affies Interschools for the Hansie movie. Grey won 18 of the 28 rugby matches that day.

Grey beat Affies 30-13 in Bloemfontein and won 17 of the total 27 rugby matches played (1 was drawn). The 2009 Grey First Team equaled the most amount of SA Schools players produced by one school in the starting line-up, namely six – Pieter Rademan (captain), Riaan Britz, Piet Lindeque, Jean Cook, Carl Wegner and Stephanus Kotze. The previous record was also held by Grey in 1981.

2011 There was 6 Grey Boys selected for the SA u20 Baby Boks team to represent South Africa at IRB Junior World Championships in Italy.

The results between Grey vs Affies:

Here are the 40 Springboks produced by Grey College:

Here are the 7 Springboks produced by Affies: