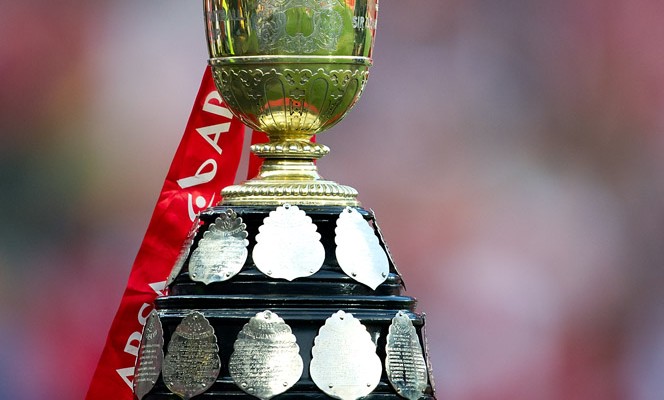 History of the Currie Cup 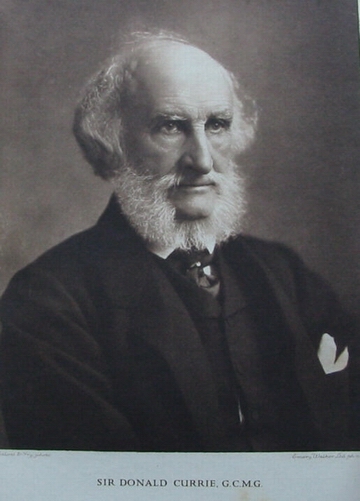 North west of Pitlochry in the Scottish Highlands is the village of Fortingal. In ancient times, they say, Pontius Pilate had a camp nearby a cold place to wash your hands in winter.

Fortingal is not an ancient village, not a century old in fact. In the village is a small church. In the churchyard is an ancient yew tree, which dates back to days before Pontius Pilate, reputed to be the oldest living vegetation in Europe. Under the yew tree is the grave of Donald Currie, the founder of Fortinga

The Currie Cup was, from the beginning, a sponsor’s trophy, which is surprising considering the aggressive amateurism of the 1890s.

Donald Currie was born in Glasgow, the third son of a Greenock barber. He left school at the age of 14 and went to work in the counting house of a sugar firm, called McFie. From there, he went to Liverpool to join his brother James in the employ of the Cunard Line. Then he began to move round in the shipping world, moving up rapidly till he formed his own Steamship company in 1862. It was called Donald Currie & Co.

In 1872, Donald Currie introduced his steamers to the Cape Town run as the Castle Line. Later, on 8 March 1900, he joined with the Union Line to form the famous Union-Castle Line. He was knighted in 1881, taking “Thorough” as his motto.

In 1887, he came to South Africa for the first time. When the first foreign cricket team came to South Africa the following year, Sir Donald gave the captain, Major Warton, a cup to present to the team that played best against the tourists, with the intention that it become a floating trophy for interprovincial competition. That was the first Currie Cup.

On 19 June 1891, the Dunottar Castle left Southampton with precious cargo – the touring British rugby team and the Currie Cup with the same conditions as had applied to the cricket cup. The Currie Cup became the Holy Grail of South African rugby, especially during the years when few tests were played.

No team beat the 1891 tourists, but they reckoned that Griqualand West had played best against them – perhaps a diplomatic decision as Kimberley was then in the thrall of men such as Cecil John Rhodes and Barney Barnato.

Griquas were loath to part with it to fulfil Currie’s conditions that it be used for interprovincial competition, but eventually they gave in. Teams since then have also been reluctant to part with the Currie Cup. 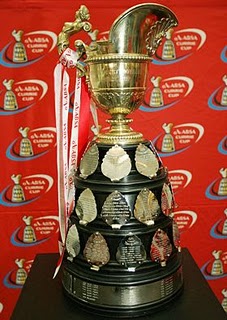 Sir Donald Currie was a member of Parliament for West Perthshire. He died in Sidmouth, Devon, on 13 April 1909 and was buried in Fortingall in Perthshire, a tiny town which he had built. Sheltering his grave is a yew tree, reputed to be the oldest living vegetation in Europe. There had, in ancient times, been a Roman camp near Fortingall. Pontius Pilate was supposed to have been one of its commanders.

A special memorial service was held in St Paul’s Cathedral in honour of Sir Donald Currie. King Edward VII and the Prince of Wales sent messages of condolence.

In 1910, Currie’s daughters – Lady Merrielees, Mrs. PA Molteno and Mrs. GAK Wisely gave – £25 000 to the University of the Cape of Good Hope, a grand sum of money for those days.

Competition for the Currie Cup has taken various forms.

Later, leagues were used, starting with the home-and-away system of 1922. Sometimes the teams were divided into two groups to form a final. The present system combines both single league and final.

The first final was at Newlands in 1939, when Transvaal, captained by Fanie Louw, beat Western Province. The referee was Boy Louw, the great Springbok and Fanie’s brother.

The following provinces have won the Currie Cup: