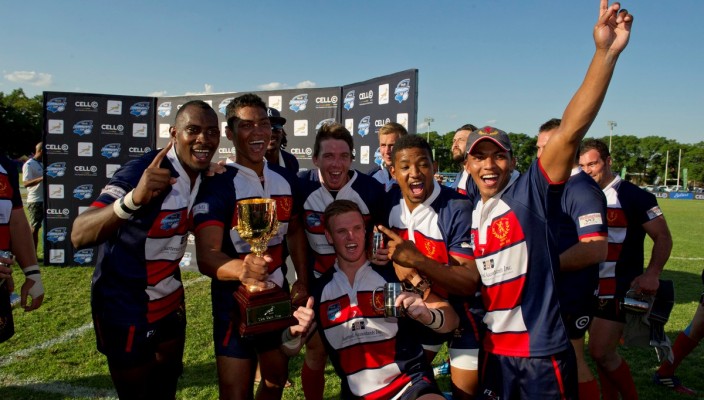 Durbell, as they are commonly known, beat defending champions Rustenburg Impala 31-30 in a pulsating final at the Impala Rugby Club in Rustenburg, thanks to a nerveless late penalty from flyhalf Garth April.

“It’s scarcely believable that Durbell were the 20th and final team to qualify for the tournament, and then went on to win it,” said Hoskins. “It shows that fairytales still exist in rugby and demonstrates what can be achieved when a group of largely unheralded players give it all for each other. This is what club rugby is all about.”

Durbell’s achievement is all the more incredible as the Cape Town side did not qualify automatically for the 20-team tournament, and then lost 29-28 to Wesbank last October in a play-off match in Paarl that saw the Boland team book their place. Durbell had one final lifeline in the form of a daunting repechage final in the Northern Cape, where they beat Upington on 8 November to complete a marathon season and become the last team to qualify.

Hoskins said the Cell C Community Cup had succeeded in putting club rugby back in the spotlight after years on the sidelines. “In the short space of two years and three editions of the tournament, the club game has blossomed again and the standard of rugby has improved dramatically,” he said. “The performances of the likes of Garth April also showed just how much talent we have in this country.

“It was also fantastic to big crowds and close results in Rustenburg. There is still much work to do, but thanks to the Community Cup, club rugby is now firmly back in the spotlight and can only go from strength to strength in the years to come.”