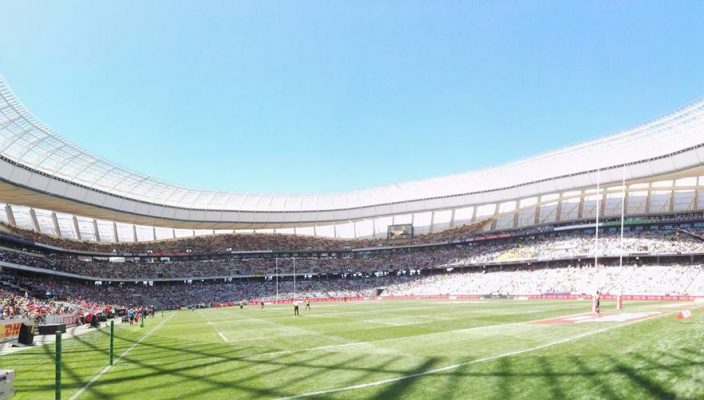 A total of 108,941 supporters flocked through the gates of the Cape Town Stadium this weekend and were treated to a try per minute during a highly successful second instalment of the HSBC Cape Town Sevens.

The first day saw 53,946 people go through the turnstiles, while 54,995 were in the ground when the Blitzboks beat New Zealand in the first Cup semi-final just after 17h00 on Sunday. Last year, just under 106,000 people attended the inaugural event.

The crowd stayed put for a pulsating Cup final a few hours later where England beat the Blitzboks, 19-17. Each team scored three tries, but the men from the north slotted an extra conversion to win the South African title for the first time.

A total of 282 tries were scored in the 46 matches over the two days, at an average of six per game or roughly one try for every minute of action. But that wasn’t it as there were big hits, slick sidesteps and sublime skills in overload.

Tickets sold out in record time earlier in the year, with the popularity of the tournament evident as supporters got into proper Sevens spirit by dressing up, singing along to popular 80s hits and generally having a great time while being entertained with world-class rugby.

“We’re very happy with the second Cape Town Sevens and first and foremost we have to thank all the supporters who came out to support – without them, this event cannot succeed,” said SA Rugby CEO Jurie Roux.

“But there were many other role players too and all of them deserve a massive thanks. We’re proud of the Cape Town Sevens and I think we’ve made some great strides this year compared to 2015, but we’re constantly evolving and have already picked up on things we can do even better in 2017.”

In other notable results, New Zealand walked away with the bronze medal after beating Scotland in the penultimate match, 24-19, while France beat Argentina by 19-7 to win the Challenge Trophy.