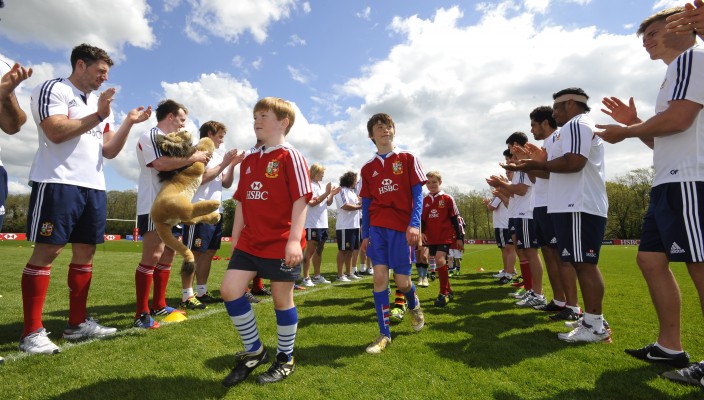 HSBC Cubs put British and Irish Lions through their paces

Twenty-three youngsters from around the British Isles, the HSBC cubs, were awarded with the opportunity today (16 May) to train with The British & Irish Lions in an exclusive training session at The Lions pre-departure training camp, courtesy of Principal Partner HSBC.

The Cubs, from England, Ireland, Scotland and Wales were selected for this once in a lifetime opportunity by referees at regional mini-rugby festivals, supported by HSBC, in the build-up to the 2013 British & Irish Lions Tour to Australia. 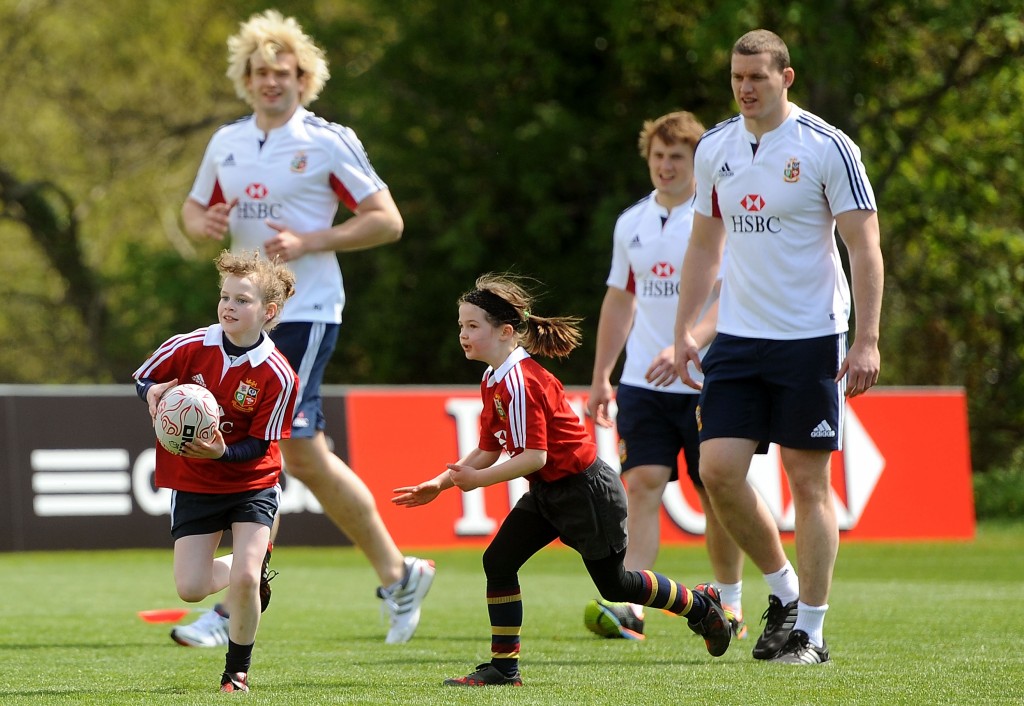 With just over two weeks until The Lions first game of the Tour against the Barbarians in Hong Kong, the aspiring rugby players were rewarded for demonstrating the core values of rugby; teamwork, courage, fair play and integrity at the mini rugby festivals and were invited to meet and train with their rugby idols.

The lucky children, aged between seven and 13, spent the morning with their heroes at their training base outside Cardiff. They learnt about what it means to play for The Lions and what it takes to make it as a professional rugby player, before showing off their skills and putting the squad through their paces.

Seven year old Florence Jeffcock, the youngest HSBC Cub, who took part in the Cambridge RUFC mini-rugby festival in April said: “I never in my life imagined I would have the chance to play with The Lions. It has been an amazing day, one that I will never forget. I was so nervous before meeting them but we got right into the rugby and then I just enjoyed myself.” 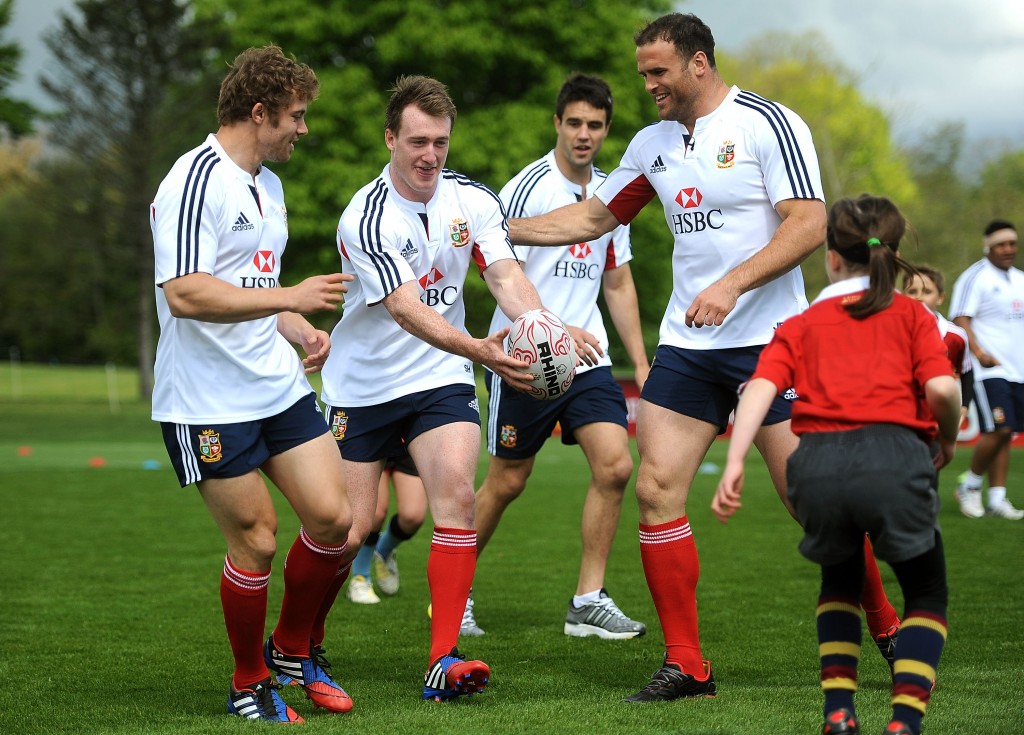 Stuart Hogg, himself the youngest player making the trip to Hong Kong and Australia at just 20, commented: “It’s great to be able to take time out from our preparations for The Tour to meet these boys and girls. We had a good run-around with them and I think we were all impressed by the skills on display. It’s great to be able to support the grassroots of the sport, they are the future and I hope they all went away from today with fond memories and encouragement to carry on playing rugby.” 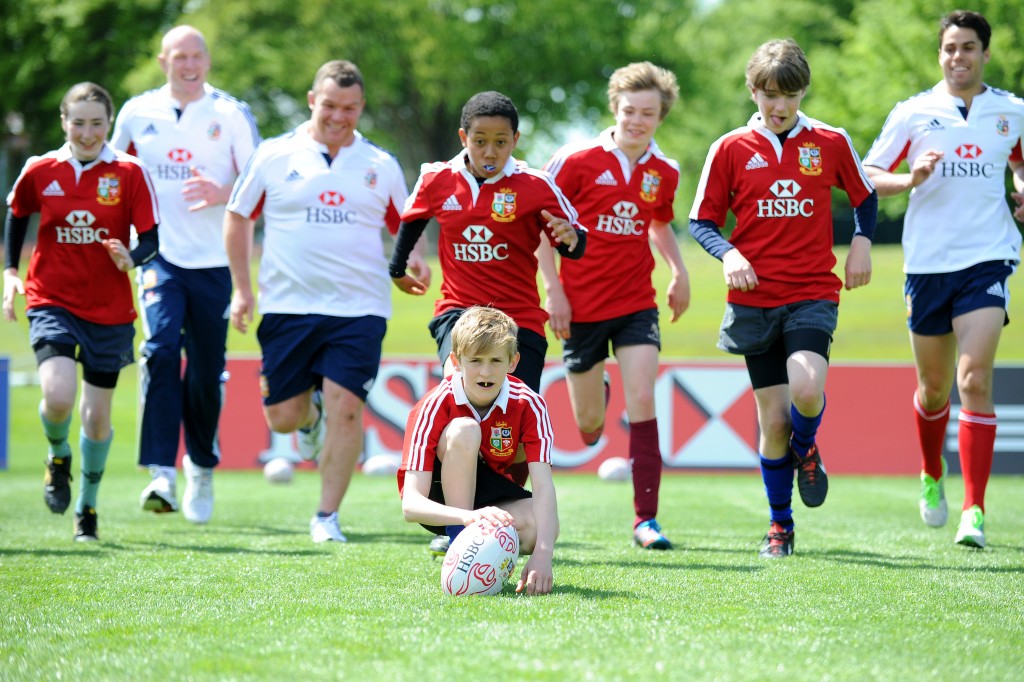