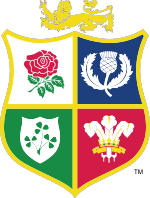 Following the announcement of the 2013 British & Irish Lions squad to tour Australia this June and July, the latest edition of HSBC’s Lions Monthly is now available for fans and media around the world.

In this latest edition, there is a summary of all the recent news and views in the build-up to the 2013 British & Irish Lions Tour including behind the scenes of the official squad announcement press conference and we hear exclusively from Lions veteran Brian O’Driscoll following his inclusion in the 2013 squad for a fourth consecutive Tour.

Keep watching to hear tips and pointers for what to do away from the rugby, for all those travelling down to support the Lions in Australia, from former Lions legends Gavin Hastings and Jason Robinson and we hear from dual code Welsh rugby legend Jonathan Davies who himself played in Australia during his career.

– Former captain Brian O’Driscoll gives his views on the squad and tells us how he’s realised he’s now the oldest in the squad for his fourth tour!

– Jason Robinson, Gavin Hastings, Jonathan Davies and Brian O’Driscoll take us through what it’s like out in Australia and things to do when not watching the rugby