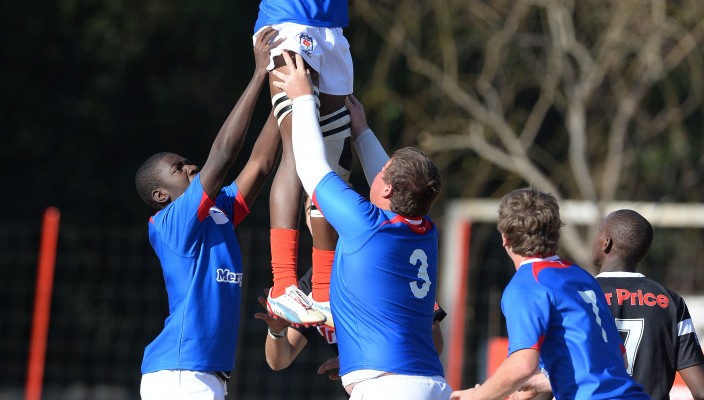 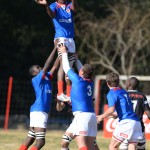 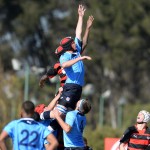 1 July 2013. Anyone suffering under the delusion that we breed them small in this country should make a turn at the Izak Steyl stadium in Vanderbijlpark where the Coca-Cola under-16 Grant Khomo rugby week is under way this week.

A quick look at the players on the field will set you straight pretty quickly, and when you follow that up with a study of the player dimensions as they are printed in the official programme, you will battle to believe what you see.

The biggest player here is Chrisjan du Toit of Oakdale and SWD, who stands 1,9m tall and weighs in at 125kg. Not far behind is Dieter Meyer of Ben Vorster and the Limpopo Blue Bulls, who is 1,89m tall and weighs 118kg.

The Golden Lions side sport two lighthouse locks – Reinhard Nothnagel of Monument and Alex Tshidibi of St Peter’s – both stand 1.98m in their socks with the Blue Bulls not that far behind them with Ruben van Heerden and Juan Basson both standing at 1.96m tall. Ruben van Heerden also weighs 104kg and managed to move his large frame quickly around the field to set up one of the Blue Bulls tries.

The Free State front row have a combined weight 310kg and they have two 90kg plus, 1,88m tall locks behind them.

And these are not just a bunch of clumsy oafs. The skills on display and the quality of running rugby seen on day one of the Coca-Cola Grant Khomo week has thrilled the big crowd. SA Rugby’s future is clearly in safe hands, and size in the forwards, clearly, is not a problem.