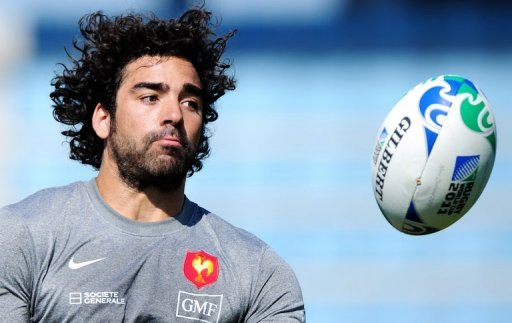 Camou revealed at a news conference that the French Anti-Doping Agency (AFLD) had notified the FFR that the player had received three warnings over his not informing them of his whereabouts when they wanted to test him.

“It is a problem with regard to the regulations, nothing to do with a banned substance,” said Camou.

A visibly emotional Huget – capped seven times but somewhat of a surprise selection in the squad after a low key Six Nations – conceded that there was no way he could have played in the World Cup which kicks-off in New Zealand on September 9.

“I am withdrawing from the World Cup because the punishment I face is anything from the minimum three months up to 18 months,” said the 24-year-old Bayonne wing, who made his test debut against Argentina last November.

“I prefer to leave the squad now rather than when they are really stepping up their training for the World Cup and thus put them in difficulty, knowing that I would not be able to be replaced.”

France coach Marc Lievremont indicated to AFP that he was not going to replace Huget ‘for the moment’ in the squad.