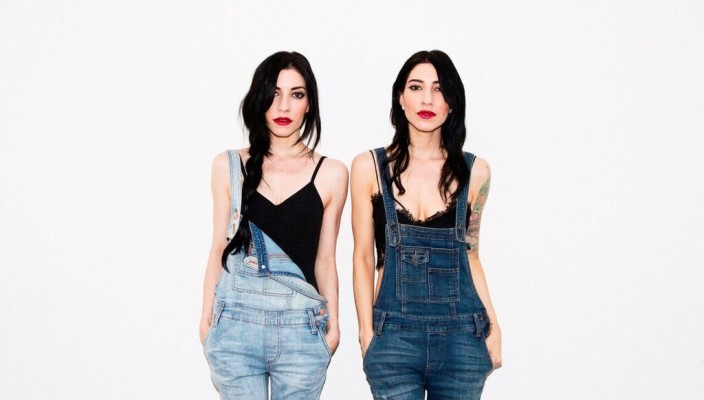 Australia’s premier pop duo The Veronicas and the iconic Hoodoo Gurus have been named as the headline musical acts for the inaugural HSBC Sydney 7s.

The Veronicas, the hitmakers behind ‘Untouched’, ‘4ever’ and ‘If You Love Someone’, will perform on the Saturday evening (6 February) at Allianz Stadium. Fresh from winning an ARIA Award for their multi-platinum, #1 single ‘You Ruin Me’, The Veronicas will add an Australian flavour to what will be a global party during the Sydney leg of the HSBC Sevens World Series.

The Hoodoo Gurus will set the scene for the final three games on the Sunday afternoon (7 February). The ARIA Hall of Fame inductees will keep things rocking with a 30 minute set of songs which have made them one of the most well-known and loved bands in the country.

“We can’t wait to be a part of the HSBC Sydney 7s. We were raised on rugby and our entire family are fans, so being asked to perform at the Sevens was an offer we couldn’t say no to! We’re bringing the party to the Sydney 7s and can’t wait to see you all there!” – Jessica and Lisa Origliasso, The Veronicas.

The announcement of the world-class acts complements the Festival of Sevens that already includes an invitational Sevens tournament being hosted on Kippax Oval on the Saturday afternoon, an event partnership with the Bondi 10s, a three-match Women’s series between world number one Australia and Ireland as well as a VIVA7s clinic on the hallowed SCG turf. In addition to a bustling precinct entertainment area, the Sydney 7s will be a truly global event like no other.

With just 28 days until the Sydney 7s, over 60,000 tickets for the two-day festival of footy have already been exhausted. Tickets are available from just $30 via Ticketek.

The HSBC Sydney 7s is supported by the NSW Government, through its tourism and major events agency Destination NSW.