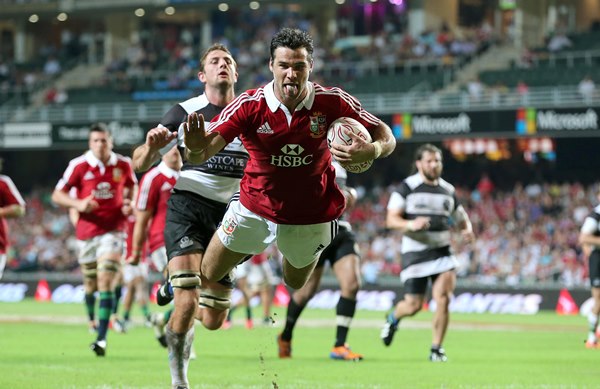 The International Rugby Players’ Association (IRPA) – the worldwide representative body for professional rugby players – held a conference in Australia recently and considered the possibility of moving the June test match window until the last three weeks of July, beginning in 2016.

The move would see Northern Hemisphere club competitions starting a month later, enabling more of their domestic competitions to be played after the Christmas break, potentially provide more breathing space for their respective finals series’ and improving player availability for test matches.

In the South the change could do away with Super Rugby’s month-long break and allow players an extended pre-season, something that has been sought for years.

“We’re in a unique position – for the first time since rugby went professional, the major Northern and Southern Hemisphere competition and commercial structures are on the table at the same time,” IRPA Chairman Damian Hopley explained. “This is the ideal time to seriously consider change that will secure player welfare initiatives.”

The 2016 timing is important, as the 2015 Rugby World Cup will put significant pressure on the season structures of Northern Hemisphere leagues. Mid-week rounds have already been mooted, putting pressure on spectator numbers, club revenues and negatively impacting on player welfare.

The idea would also see the British & Irish Lions from the 2017 series in New Zealand onwards touring in a clear window after Super Rugby, with an improved ability to deliver full strength mid-week games. Existing windows for RWC, Six Nations, Rugby Championship, the November Tests and provincial competitions would not require any change.

IRPA is now asking SANZAR, Premiership Rugby, the French clubs, The Celtic League, IRB and the Six Nations to come together and open their minds to the potential benefits of change, and what that may look like.

Not surprisingly, the proposal is gaining support from professional players.

“If the Game’s leaders give this idea, or a variation of it, serious consideration it could be a game-changer for professional rugby,” World Cup-winning All Black captain Richie McCaw said. “It would be fantastic to address this long standing season structure debate once and for all, the players and the game would be so much better for it.”

McCaw’s sentiments are fully endorsed by Ireland and Lions playmaker Johnny Sexton, who is confident a breakthrough can be found through meaningful dialogue.

“We see this initiative as beneficial for the global game” Sexton said. “From a player perspective, we urge our leaders to get in a room together, take a positive attitude and see what can be done.”

There are also potential spin-offs for Tier Two rugby nations. Planning for their fixtures in the test windows could be done well in advance, enhancing their ability to access their players.

Premiership Rugby are believed to be supportive of the proposal and preliminary discussions have already started with some National Unions.

IRPA Executive Director Rob Nichol said the players are all extremely motivated to play a constructive role in now getting the key parties together.

“This is a rare opportunity for greater alignment of the season structures in the two Hemispheres” said Nichol “and it is essential we use these discussions to achieve positive change for players, supporters and commercial partners.”

“We focused on what we felt was feasible and what would make a significant improvement and this integrated global rugby season, moving the June test window to the last three weeks in July, was what emerged.”

“We will now focus on getting the key parties together in the coming weeks to progress discussions urgently.”