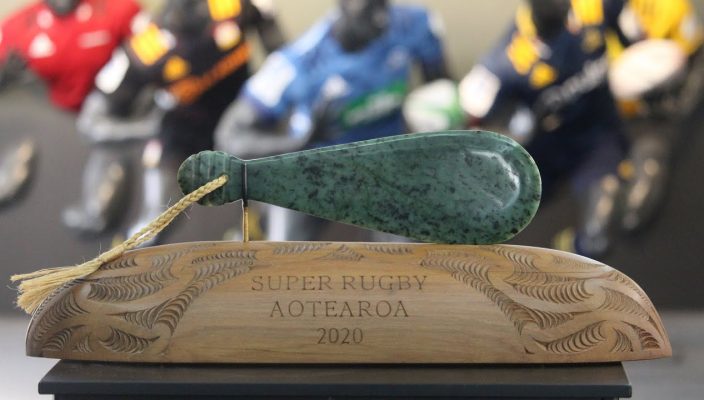 The Investec Super Rugby Aotearoa match between the Blues and Crusaders which was due to be played at Auckland’s Eden Park on Sunday is officially off, while tomorrow’s Highlanders-Hurricanes match at Dunedin’s Forsyth Barr Stadium will be played in front of no crowds and at an earlier time.

For rugby across New Zealand, this means the following:

The Blues-Crusaders match scheduled for Sunday 16 August in Auckland now cannot take place. From a competition points point of view, the match is now considered a draw and both teams will be awarded two points.

The Highlanders-Hurricanes match at Forsyth Barr Stadium tomorrow, Saturday 15 August, will be played under Level 2 restrictions and in front of no crowds.

The kick-off time for the Highlanders-Hurricanes match has been moved forward from 7.05PM to 3.05PM. This is because under New Zealand Rugby Level 2 protocols agreed with Government, teams must fly in and out of cities hosting matches on the same day to limit public interaction. As a result, the Hurricanes and several match officials will take a charter flight to Dunedin tomorrow morning and return to Wellington on Saturday evening. The match will be broadcast live and exclusive on SKY Sport.

All community rugby in the rest of the country can take place under Level 2 guidelines. Provincial Unions are working with their clubs and schools to ensure health and safety measures are in place for players and spectators and will make decisions on a localised basis in the best interests of their communities.

A Black Ferns camp for players from the lower North Island and South Island which was due to take place in Christchurch from Sunday has been cancelled.

New Zealand Rugby is also discussing what the Government’s announcement means for upcoming competitions and matches, including the Steinlager North v South match at Eden Park on Saturday 29 August, the Farah Palmer Cup which kicks off next weekend, and the Mitre 10 Cup which starts on 11 September. A further update on this will be made in due course.

“On the flipside, we’re obviously disappointed that the Blues-Crusaders match is off, but we all understand and support the Government’s decision around this. Both teams have played outstanding rugby throughout the competition in front of packed crowds and, on behalf of New Zealand rugby, we want to thank all the fans for their support for not only those two teams, but all five of our Super teams. It’s been incredible.”

Statement from the Blues
Blues CEO Andrew Hore said: “Ten weeks ago we never thought we’d even have a competition, let alone one with fans. But instead we got nine weeks of incredible rugby, with three amazing home games and massive crowds. While this news is disappointing, we need to take a step back and be grateful for what we got, what it meant to our players, our sponsors and, most importantly, to our fans.”

The Blues will be in touch with all ticketholders directly in the coming days.

Statement from the Crusaders
Crusaders CEO Colin Mansbridge said: “Investec Super Rugby Aotearoa has been a fantastic display of unity and togetherness for all New Zealanders. While it would have been fitting to finish our campaign in front of a full house at Eden Park, I think the rugby community can be incredibly proud of what we have collectively achieved over the last ten weeks, and will understand that this decision has been made in the best interests of New Zealanders.

“On behalf of the Crusaders, I want to thank all of our fans for their incredible support throughout the 2020 season.”

Statement from the Highlanders
As the Highlanders v Hurricanes match on Saturday will be played under Covid Alert Level 2 restrictions, it will, unfortunately, be in an empty stadium.

While mass gathering regulations at Alert Level 2 do allow for groups of up to 100 to attend, in the interests of public safety both the Highlanders and stadium operator DVML have taken the decision to significantly restrict access to family members of the team only.

“We are naturally disappointed that at Alert Level 2 none of our passionate supporters will be able to attend. They have played a massive part in making Investec Super Rugby Aotearoa such a fantastic competition and we know the players will certainly miss that support in the stands when they play on Saturday afternoon,” Highlanders CEO Roger Clark said.

Fans who have purchased tickets to the Highlanders – Hurricanes match can go to thehighlanders.co.nz for further information.

Statement from the Hurricanes
Hurricanes CEO Avan Lee said: “It’s great that the game will go ahead. We have prepared for a number of scenarios this week but health and safety for staff and players will continue to be our focus.”