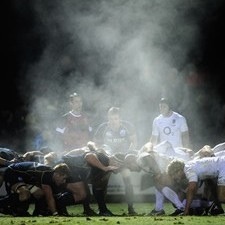 The minor change to scrum protocol is effective immediately.

In a minor revision to the current protocol surrounding the ongoing scrum engagement global trial, the International Rugby Board has confirmed that referees will use non-verbal communication to indicate to the scrum-half when the ball can be thrown into the scrum.

Up to now as part of the scrum trial, the referee has told the scrum-half that the scrum is ready for the put-in by the use of the phrase “yes nine”. But following an initial review, including consultation with national coaches and referee managers, it has been decided that referees will adopt a non-verbal communication to scrum-halves for the introduction of the ball.

This is in accordance with the relevant law (20.5 Throwing the Ball Into the Scrum).

The change is effective immediately and will include this week’s Heineken Cup and Amlin Challenge Cup matches in the northern hemisphere (January 9-12). It will also include the next rounds of other elite competitions, including the Top 14 in France (January 24), Aviva Premiership in England (February 7-9) and the Rabo Direct Pro 12 in other parts of Europe (February 7-9).

As with the original protocol, it is up to individual Unions to decide whether this change will be adopted at levels below elite Rugby.