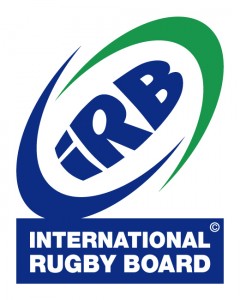 The IRB’s favourite son – the All Blacks – was today given nothing more than a wrap over the fingers after Keven Mealamu’s initial ban of four weeks was reduced by two weeks following an All Blacks’ appeal that was heard today.

Mealamu was cited after the All Blacks 26-16 win over England at Twickenham on Saturday. He was charged with “Striking with the head” after video footage showed him grabbing England captian Lewis Moody by the collar and launching his head at the back of Moody’s skull. Mealamu connected and Moody received medical attention.

In a hearing held on Monday, Mealamu was found guilty and suspended for four weeks. Even though the standard IRB recommendation for such an offence is eight weeks.

The All Blacks cried foul and within the allowed 48 hours launched an appeal against the ban. Assistant All Blacks coach Steve Hansen defended his player and claimed it was never intenional and that they would fight the ban till the death.

Other reports suggested Moody instigated the act by insulting Mealamu’s family. Moody has since denied this.

Even the New Zealand media crucified the All Blacks for appealing against such a lenient ban.

This appeal was heard today and after a rather long meeting it was decided to reduce the ban by a further two weeks.

An initial ban that would have meant Mealamu will return home, has now been reduced and he will only miss two test and become available for the All Blacks’ match against Wales.

View the video here and decide for yourself if this act was unintentional or not.