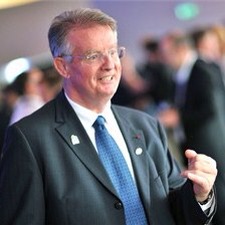 The International Rugby Board has underscored its commitment to ensure that the world’s top players are included within its decision-making structures with the establishment of the first World Rugby Athletes’ Commission.

The Executive Committee approved the commission’s terms of reference at its meeting in Singapore on Thursday and establishment comes with the full support of Member Unions and the International Rugby Players’ Association (IRPA).

The commission will advise the IRB Rugby Committee and Medical Commission in the key areas of player welfare and law and will comprise players representing men’s and women’s international Fifteens and Sevens. Representatives will be announced shortly.

IRB Chairman Bernard Lapasset said: “The establishment of our first-ever Rugby Athletes’ Commission is a significant step forward for the sport and underscores the IRB’s commitment to ensure that players are at the heart of world Rugby’s decision-making process.”

“This important body will provide a closer link between the IRB committees and elite men’s and women’s players, informing and advising the IRB on all matters relating to the playing of the Game. I would like to thank our Unions and IRPA for their full support.”

Other key IRB meeting decisions included the Rugby Committee recommending to Council that the ‘crouch-bind-set’ scrum trial be considered for law and that the head injury assessment (HIA) trial in the elite Game be extended until December 31, 2015. The recommendations will be considered by Council at its November 2014 meeting.