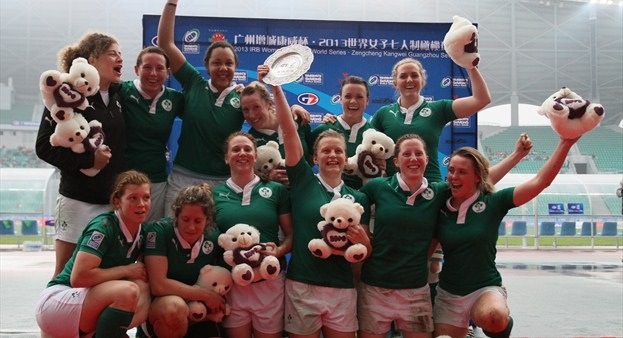 Ireland hope their Emirates Dubai Rugby Sevens debut next week is the first step to qualifying for the 2016 Olympic Games in Rio de Janeiro, Brazil.

The Irish squad achieved core status in the IRB Women’s Sevens World Series after reaching the Cup quarter-finals of Rugby World Cup Sevens 2013 back in Russia back in June.

And they proved then – as they did in their only IRB Women’s Sevens World Series appearance last season, when they won the Plate final in China – that they have the potential to make quite an impact in their first Dubai campaign, and throughout the season.

“We are really excited about making our debut as a core team at the World Sevens Series in Dubai,” admitted coach Jon Skurr.

“It’s a busy year for Irish rugby, and we will see lots of new players stepping up to the international game.

“It’s going to be a tough start but our plan is to develop a bigger pool of players who can qualify for and compete in the first Sevens Olympic tournament in 2016.

“The first stage in this development is Dubai and we are looking forward to the challenge of playing in such a great Sevens tournament.”

Ireland have been handed a tough opening day at 7he Sevens on Thursday with New Zealand – the defending Dubai and Women’s Sevens World Series champions as well as RWC Sevens winners – in their pool as well as USA and the fast-improving Fiji.