Jake White confirmed and appointed as next Brumbies coach 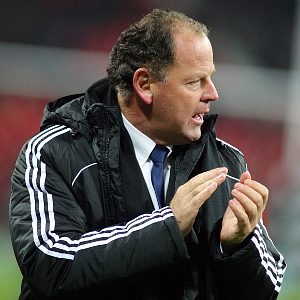 Rugby World Cup winning coach Jake White has been appointed Head Coach of the CA Technologies’ Brumbies for the next four seasons.

“He was an absolute standout in the interview process”, said Brumbies Rugby CEO Andrew Fagan. “He was thoroughly prepared and had obviously thought long and hard about his vision for the team and the organisation. His record says that he is one of the best coaches in world rugby and we’re delighted that he has agreed to join us in Canberra”.

The 2007 World Cup winner and 2004 and 2007 IRB International Coach of the year, Jake White is the only coach to have led teams to both the IRB Under 21 and Senior Rugby World Cup titles.

“The Brumbies are one of the great teams of world rugby” said White.” I have followed them closely for many years, particularly since striking up a close friendship with former Head Coach Eddie Jones. I’m looking forward to taking charge of the team and working with the players, the administration and most importantly our supporters, to develop a team that will be competitive every time we step out onto the field.”

Andrew Fagan said the appointment is effective from mid July.

“We don’t expect that Jake’s appointment will be a distraction to the team. Jake takes charge from mid July so until then we have the current season to focus on. Given the results of the past few weeks in the Australian conference we are still in with a chance of making finals if we can find the form we all know the team is capable of. Our next opportunity comes this weekend against the Cheetahs”.

Andrew Fagan praised current Head Coach Tony Rea who was an unsuccessful applicant for the position.

“I can’t say enough about Tony Rea and the way he has managed his role since taking over as Head Coach. He has shown tremendous integrity and character in difficult circumstances.”

“Jake will bring a new feel to the CA Technologies Brumbies” said Fagan.

“I can assure our supporters that he is intent on winning games and titles. He is also keen to ensure that the CA Technologies Brumbies continue to be actively and positively engaged with the local community. We know we are working through a challenging period but this appointment is a key step in ensuring we have the rugby program capable of delivering success for our supporters.”