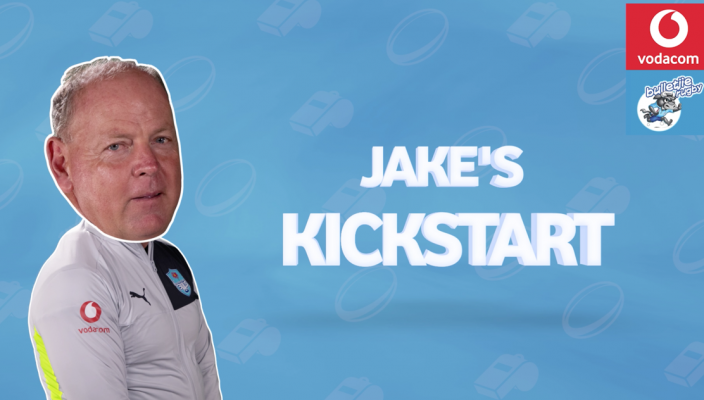 Vodacom has added two new episodes to the Jake’s Kickstart series, which cover the fundamental skills every young rugby player needs to learn.

In Episode 11, Coach Jake and Joey tell us everything we need to know about the engine room of the game of rugby – the scrum.

In Episode 12 we tackle… tackling! We see how the Vodacom Bulls players make the big hits and try-saving tackles safely.

All of Jake’s Kickstart episodes are freely available on the Vodacom Bulls App. Use #JakesKickstart to join the conversation.