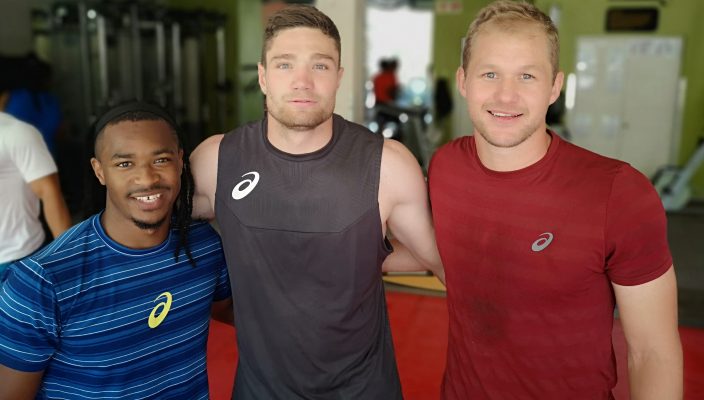 Former Junior Springbok and Emirates Lions scrumhalf, Marco Jansen van Vuren has joined the SA Rugby Sevens Academy and will be available for selection for the team’s first assignment of the season, the Emirates Airline Dubai Sevens International Invitational tournament at the end of November.

Jansen van Vuren played Vodacom Super Rugby for the Emirates Lions this year and he represented South Africa at the World Rugby Under-20 Championship in 2015 and 2016, and has played SA Schools in both fifteens and sevens.

“It is an exciting time for me,” said Jansen van Vuren.

“I have spent some time with coach Marius Schoeman in the sevens set-up when I played for the SA Schools and was struck by the great culture and strong sense of brotherhood at the time, so when the opportunity came to join the SA Rugby Sevens Academy, I had to take it.”

The 22-year-old joined the wider Blitzboks training group on Monday. The SA Rugby Academy side are preparing for tournaments in Dubai and South America, while the Blitzboks start the defence of their HSBC World Rugby Sevens Series at the end of next month, at the Emirates Airline Dubai Sevens.

“It is always good to have a player committing to our programme,” said Powell.

“Marco has played sevens before. He will be playing with the SA Rugby Sevens Academy in a couple of tournaments to find his feet. This pathway was successful for the likes of Ruhan Nel, Sikhumbuzo Notshe, Tim Agaba and Dylan Sage, amongst others, and there is no reason why Marco cannot follow in their footsteps.”