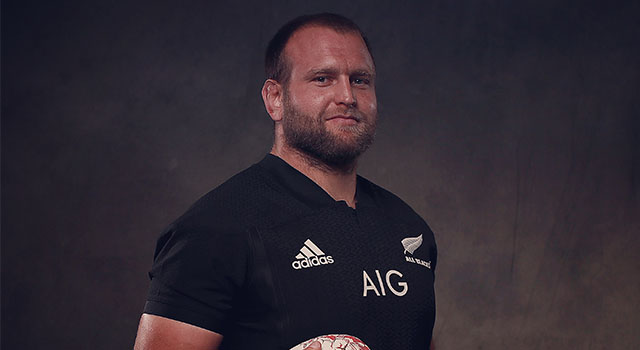 Another senior All Black, Crusaders and Canterbury prop Joe Moody, has become the latest player to extend his contract in New Zealand, re-signing with New Zealand Rugby through to 2024.

The hugely-experienced loosehead prop first played for the All Blacks in 2014, having made his Super Rugby debut the year before, and his provincial debut in 2011. He clocked up his 50th Test against Argentina last year and is currently on 57 Tests (49 starts) for the national side and 100 Super Rugby matches.

33-year-old Moody said: “It’s a bloody good footy scene here in New Zealand and I’ve got a great set up down here in Christchurch, so looking forward to getting stuck in again over the next few seasons and playing my part.”

All Blacks Head Coach Ian Foster said: “It’s great news having ‘Moods’ recommit for the next few years. He’s a hugely respected member of our squad and goes about his work in a quiet, understated way. We look forward to working with him in the seasons to come and I know he will be fully committed to being the best he can possibly be.”

Crusaders Head Coach Scott Robertson added: “Joe is a proud 100-game Crusader who cares about this team and has been a key part of our front row for the past nine seasons. He really has set the benchmark for loosehead props worldwide and we’re grateful he’ll continue to share his expertise over the next three seasons, with our young front rowers coming through.”

Canterbury Rugby CEO Tony Smail said: “We’re really delighted to have Joe re-sign and continue his commitment to Canterbury Rugby. Joe’s a great, home-grown talent and great role model for everyone in our region.”