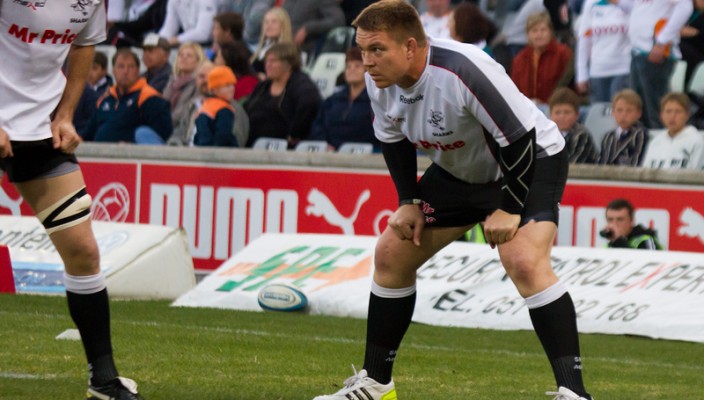 Durban, 11 June 2013: Members of The Sharks Board of Directors held a media conference today at Growthpoint KINGS PARK to officially welcome John Smit to his imminent role as Chief Executive Officer (CEO) as well as to discuss the future of The Sharks.

John Smit, who officially takes over as CEO of The Sharks on the 1st July 2013, fielded questions from the media and when being asked about his new role, stated, “This is a very exciting job, Durban has been my home for a long time and The Sharks are the only provincial team I’ve played for in South Africa, so they are close to my heart. So if there is some way I can contribute positively, this job certainly is a platform for that.”

It was also announced that the contract of The Sharks current coach, John Plumtree, which ends in 2013, will not be renewed.

Brendan Venter, the current director of rugby at Saracens has been appointed as The Sharks Director of Rugby, effective 1st August 2013.

John Plumtree will remain as the head coach of The Sharks until the end of the Vodacom Super Rugby tournament. Brenden Venter will coach the team starting from the Absa Currie Cup campaign.

Smit added, “We can only be thankful for what John has done for The Sharks over the years, he’s given a lot, had 10 campaigns behind his name, it was purely a decision to freshen up and create some change for the players too. It was a difficult decision, but one based on creating something fresh and new.”

He concluded by saying, “In terms of The Sharks future, what we will be doing is assessing where we are, whether we are par with the other teams, behind them or ahead of them, and then we’ll spend some time putting a strategy together so that we’re never on par or behind but always in front, and how we can sustain that year after year. That won’t just take one person – the CEO – but everyone that’s involved with and employed by The Sharks. Hopefully that will get us good results and a great future.”