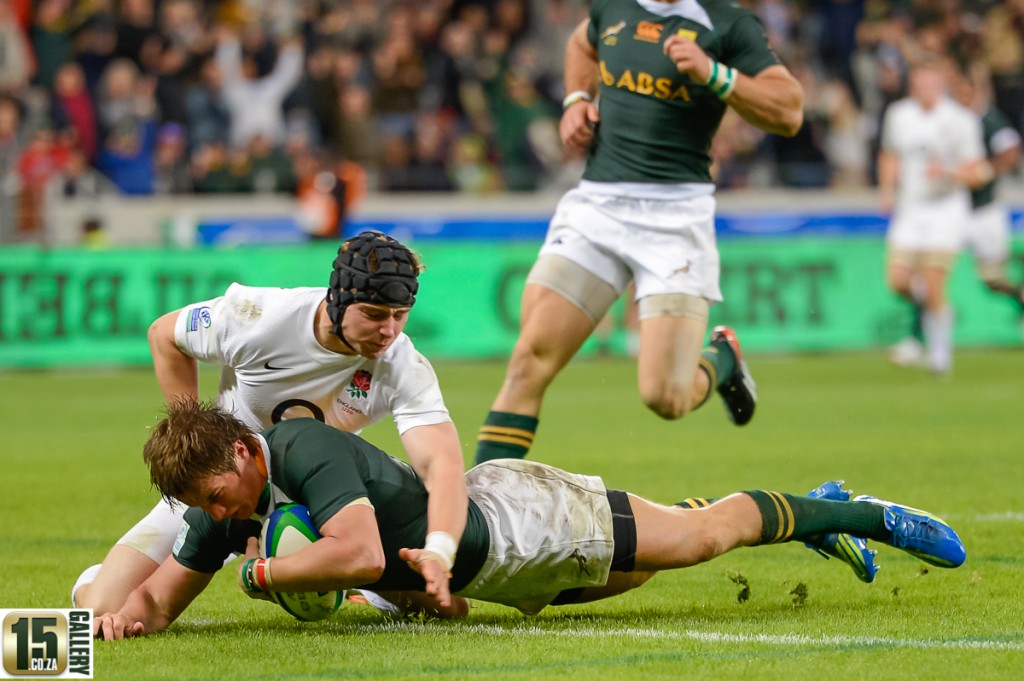 William Small-Smith scoring in the dramatic quarter final against England at the Cape Town Stadium during the 2012 JWC. Photo by Anton Geyser /Rugby15.

South Africa Under-20 head coach Dawie Theron on Monday named 34 players for the latest training camp in preparation for the IRB Junior World Championships to be played in France in June. The Junior Springboks will defend the title won in South Africa last year.

The camp, to be held in Stellenbosch between 14 and 27 January, will include trials and friendly matches against the Universities of the Western Cape (UWC), Stellenbosch (Maties) and Cape Town (Ikeys).

“This is a very important camp for us,” Theron said.

“We need to settle on a squad and this will be another opportunity for us to do so. There are a lot of boxes that we will have to tick in the two weeks of the camp to make sure we are on track.

“The trials should confirm our selections and the training matches will give us a better idea of the various combinations available to us. We will also have to settle on our game plan once we have a clear understanding of our playing personnel.”

The SA Under-20s will meet UWC on 18 January, Maties on 23 January and UCT on 26 January. The friendlies will be played in Stellenbosch and Cape Town.

The SA Under-20 training squad is: