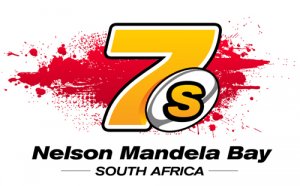 The Springboks have returned unbeaten from their European tour and for local rugby fans the focus now moves to the Springbok Sevens who will be in action in just ten days’ time at the Cell C Nelson Mandela Bay Sevens in Port Elizabeth.

The third round of the HSBC Sevens World Series will be played on the weekend of 8 and 9 December at the iconic Nelson Mandela Bay Stadium in the Friendly City. Rugby’s Biggest Party in Port Elizabeth will be followed a week later by a new sevens event in George, which features local franchise teams, and is not connected to the IRB event.

The Blitzbokke, currently in the UAE for the Emirates Airline Dubai Sevens, are one of 16 international teams participating at the Cell C Nelson Mandela Bay Sevens.

SARU has kept ticket prices for South Africa’s Sevens showpiece the same as last year, meaning the cheapest ticket costs as little as R80 for a full day of international action plus entertainment.

The top-class entertainment programme for the event in Port Elizabeth includes a concert on the Saturday night, featuring some of South Africa’s hottest local bands such as The Graham Watkins Project and Good Luck and the well-known DJ Reddy D.

Admission to the Saturday night music is free for all who have bought a match day-one ticket.

Apart from the sizzling sevens rugby action, the other major attractions at the Nelson Mandela Bay Stadium include a huge fan park, the hugely popular party stand and numerous free prize give-aways.

Andy Marinos, the SARU GM for Commercial and Marketing, said the price of a ticket to Rugby’s Biggest Part offers fantastic value to spectators.

“We have been working flat out with our sponsors and key stakeholders to make this an unforgettable event. The tournament features our own Blitzbokke and they will be in action against the world best Sevens players. Last year’s inaugural event at the Nelson Mandela Bay Stadium produced a thrilling Cup Final between the Blitzbokke and New Zealand and supporters can expect the same kind of sizzling action next weekend,” explained Marinos.

Tickets are available from Computicket outlets and also online at www.computicket.co.za.