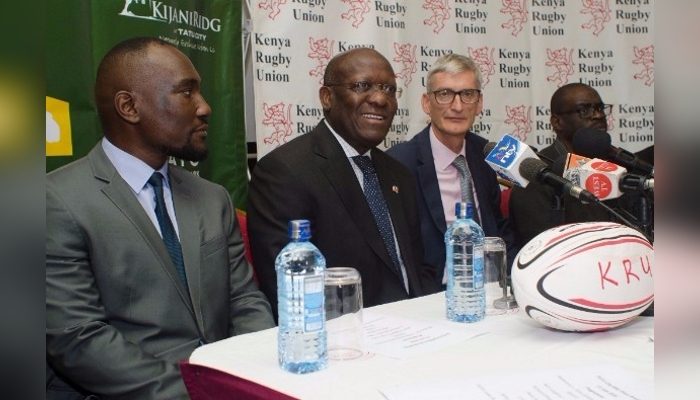 Kenya Rugby Union and Tatu City, the mixed-use, mixed-income urban development near Nairobi, have announced a partnership agreement that will support upcoming test matches as well as youth rugby development.
The sponsorship sees Tatu City support Kenya’s upcoming home tests: the two-match series against Hong Kong on 23rd and 27th August, and the Uganda fixture in the Rugby Afrique/Elgon Cup clash on 30th July. KRU Chairman Richard Omwela welcomed the deal: “Tatu City coming on board as Associate Test Sponsor plays a big role in ensuring that we are able to comfortably host test matches. Our partnership will play a significant role in developing and raising the profile of test rugby in Kenya.”
The partnership, which also aims to support the long-term development of Kenyan rugby, includes a commitment to partner with KRU’s “Get Into Rugby” programme. Get Into Rugby works with children to fulfill their growing passion for the sport.
“The KRU and national team espouse ideals we hold dear at Tatu City: commitment and progress,” said Nick Langford, Kenya Country Manager for Rendeavour, Tatu City’s owner and developer. “At Tatu City, we are committed to investing in the future of Kenya. We are proud to be associated with the Kenya Rugby Union and particularly with the national team, Simba.”

Simbas Roar To All Time High 24 In Latest Rankings

The Simbas record 61-15 away win over Zimbabwe at the Police Grounds in Harare on Saturday 9 July 2016 has seen the side climb to an all time high 24th in the latest world rankings released by World Rugby on Monday.

With 1.35 rating points awarded to Kenya, the Simbas moved up two places from 26th before Saturday’s fixture – rising above Belgium and Germany – to 24th in the World Rugby Rankings. They are now just over two tenths behind Spain.