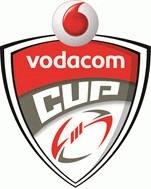 Kenya will add an international flavour to the Vodacom Cup this year when they compete in this 17th annual edition of this national competition for the first time.

The South African Rugby Union (SARU) on Wednesday confirmed that Kenya will form part of the Vodacom Cup in the place of Argentina’s Pampas XV, Vodacom Cup champions in 2011.

Kenya will play in the South Section of the competition and will be based in Cape Town. Their home ground for the duration of the Vodacom Cup will be confirmed later.

“We have a mandate to help improve and develop the game in Africa and Kenya’s inclusion will do a lot to uplift the game in that country as they aim to qualify for the Rugby World Cup in England in 2015.

“Their Sevens team has been quite successful in the last few years and I’m sure the Kenyans will bring the same passion and skill to the Vodacom Cup.”

Each section, North and South, will consist of eight teams, who will play within their divisions in the group phase. The quarter-finals will be cross-section, with the top two teams from each section hosting the third and fourth sides from the other section in the first knock-out round.

“The format of the Vodacom Cup is exactly the same as last year, when the conclusion of the competition was pretty exciting,” said SARU CEO, Jurie Roux.

“The Vodacom Cup is where most Springboks take their first steps in senior rugby and in a couple of years’ time we could see this year’s stars in Green and Gold.”

The Vodacom Cup kicks off on the weekend 7/8 March with the final scheduled for the weekend of 16/17 May. Last year’s champions, the Golden Lions, will start their campaign in Potchefstroom against the Leopards XV, while Kenya’s first game is against the EP Kings.