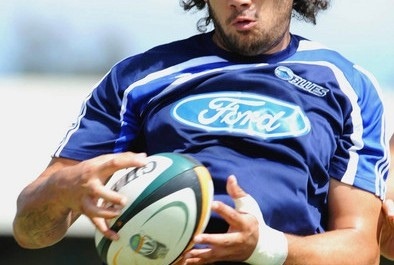 The Blues have made two key appointments to their management team ahead of the 2014 Investec Super Rugby season.

Richard Fry has been appointed manager of rugby, while former Blues star Isa Nacewa will assume the role of mental skills coach.

Blues CEO Michael Redman said he was thrilled to welcome two high profile and experienced people to the franchise.

“We’re really pleased to appoint people who have the key requisite skills and experience to fulfil the roles but also have such strong links to the Blues region,” Redman said.

“Heritage and identity are important elements of the Blues environment going forward and both Richard and Isa bring a deep understanding of the region, its history and culture as well as bringing highly relevant international experience to the organisation,” he said.

Newly appointed manager of rugby Richard Fry has a vast knowledge of both the playing and commercial sides of rugby.

A member of the Barbarians, Fry played first class rugby for Auckland, Counties Manukau and North Harbour as well as the New Zealand Sevens team before heading overseas for a number of seasons in France and Italy.

Following his playing career, Fry began working in the sponsorship environment for Lion Breweries which led him to become involved in John Hart’s All Blacks management team from 1996-99.

Having consulted to numerous companies on their sponsorship campaigns and distributing a range of products over the last few years, Fry said he was excited about taking on a new challenge with the Blues.

“This is my patch and like a lot of fans and the public, last season I saw a real turnaround in attitude from the Blues and I want to be a part of it,” Fry said.

“The challenges are many and varied but I want to do the most I can to help the Blues be successful. As I’ve seen in the short period of time I’ve been exposed to the organisation, I believe the franchise is moving in the right direction.

“They’ve got good people on board, good systems in place,