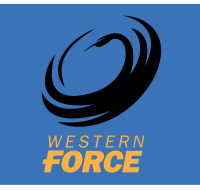 Kieran Longbottom to come back home to the Western Force

Kieran Longbottom, one of the Western Force’s star players, will be back in a bright blue jersey
after re-signing with his home club for the next two years.
After four seasons playing for Saracens and Sale Sharks in the UK, the prop will return to Perth
within months to bolster the line-up of a renewed and re-energised Force side.
“I’m incredibly excited to be coming home to Western Australia to play in front of the Sea of
Blue again,” Longbottom said.
“Perth and the Western Force is my home, and everyone in the Sea of Blue is my extended
family. I can’t wait to pull the Force jersey back on and be part of this great club again. I am
looking forward to seeing everyone soon.”
The  32-year-old,  affectionately  known  as  K-Bomb,  was  the  first  born-and-raised  West
Australian to make the journey through local club rugby, to the Force academy and ultimately
the Western Force’s Super Rugby squad.
The Rockingham product made his debut in 2008 against the Chiefs, going on to earn 57 Super
Caps in the blue jersey and was awarded the Force Man Award in 2011.
Minderoo High Performance Manager Matt Hodgson said Longbottom would be a valuable
addition to any side and the Western Force was lucky to have lured him home.
“We are delighted as an organisation to get a player like Kieran back, not only into Australian
Rugby but back to his home in WA,” Hodgson said.
“Having played and worked with Kieran over many seasons he is not only a quality player but
a quality addition to the culture we are looking to achieve, which is evident in his winning the
Force Man of the Year award.”
As part of Longbottom’s contract he has committed to contributing 350 hours of his time to
community programs, including the RugbyRoos junior development initiative launched by
Minderoo earlier this month.
Longbottom will join a squad which includes fellow former-Force players Marcel Brache and
Peter Grant, along with other names to be announced.