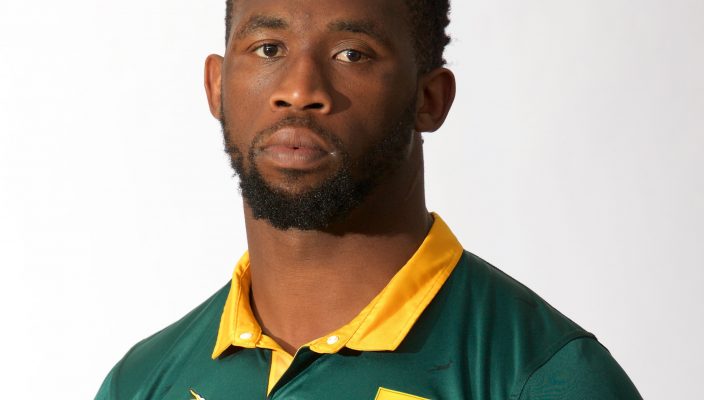 Kolisi: “It’s good to be back”

Siya Kolisi returns to lead the Springbok team for the first time in nine months on Friday, with the eyes of not only South Africa but the Japanese nation on him and the Boks.

But the pressure on Kolisi is purely internal.

“It was tough watching from the sidelines but the great thing was that I was involved the whole time. The coach made sure that I was in all the meetings and I ran the water in one game, which was completely amazing and different; it’s as involved as you can be in a Test match without actually playing.

“And I could see how hard the guys were working. I have to say, this is a special group and what makes them so special is that they work so hard for one another.

“All I was banking on was that as soon as my injury was healed I was fit and ready to take my place.

“The support I have had from my team mates has been amazing. That’s one thing I enjoy about this team – I’m just grateful to be part of it.”

Kolisi was keen to highlight the challenge posed by Japan, while the local media mentioned the Rugby World Cup defeat in Brighton in 2015 in the only previous meeting between the teams on half a dozen occasions.

“It was tough losing that game and it did make an impact as you have seen in the interest in this game,” said Kolisi, one of eight survivors of that 34-32 defeat who will reappear on Friday.

“It did make us stronger as a team, but it really put Japan on the rugby map. They have done good things since then.

“They’re much fitter and stronger and they know their systems and the game they want to play and it’s going to be a whole new challenge for us.

“They’re very strong at the breakdown, they have a strong kicking game – they have a good all-round game and they can turn up the heat at any time of the game and up-the-tempo. They will want to keep the ball in hand and aim for a long ball-in-play time. We have to be prepared for anything.

Japanese media were keen to know what the captaincy meant to Kolisi: “I am very grateful to be the Springbok captain and it is not something that I would have thought of in my wildest dreams,” he said.

“It really makes me happy to know that a person from my background or from the background of anybody else in South Africa or a different walk of life, could be sitting here.

“The most important thing for me was just be to a Springbok – because there have not been many of them. To become captain was something extra that I never dreamed of. I am just honoured to be here and I just want to show that I can do the job by the hard I work I do on and off the field and the manner I carry myself.”