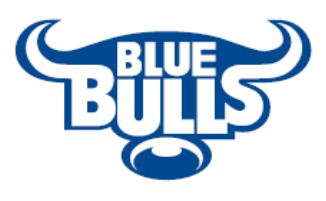 The Blue Bulls Company (Pty) Ltd on Thursday confirmed the signing of Johnny Kotze till the end of October 2018.

The elusive try-scoring centre is currently playing for the DHL Western Province and represented DHL Stormers in the Vodacom Super Rugby competition in the last couple of seasons.

The BBC also confirmed contract extensions to a number of players. Current Vodacom Bulls stars, lock RG Snyman and lock forward Jannes Kirsten signed on till 2018 and 2019 respectively. Highly rated tighthead prop Martin Dreyer also agreed to stay in Pretoria till the end of the 2017 Vodacom Super Rugby season. Dreyer, who played for the DHL Stormers in 2016, made his provincial debut for the Vodacom Blue Bulls in 2016 and impressed all.

The Blue Bulls Company’s High Performance Manager, Xander Janse van Rensburg, also confirmed the signing of a number of junior players into senior contracts. Divan Rossouw, who debuted for the Vodacom Blue Bulls in the Currie Cup this year and Junior Springboks Franco Naude and Jan-Henning Campher will all be available till the end of the 2018 season.

Naude formed a formidable partnership with fellow Junior Bok and Blue Bulls player, JT Jackson, this year and Janse van Rensburg is excited about their futures.

“We are really lucky to get an exciting and experienced player like Johnny Kotze into the squad, as it will no doubt extend our depth in the midfield. He brings some versatility and unpredictability to the party. That said, we predict a bright future for Franco and JT, who have already showed that they have an appetite for hard work and winning titles. They work well together as a combination as well and they will learn a lot from the senior guys like Jan Serfontein, Burger Odendaal and Dries Swanepoel. In fact, they will keep everyone on their toes,” Janse van Rensburg said.

“It is also great to have RG and Jannes staying on. They are clearly destined for greater things and it is great to know that they will keep on showing their immense talents in our squad.”