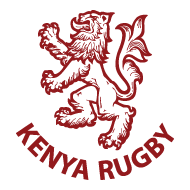 The Kenya Rugby Union (KRU) and its key sponsors Safaricom, Kenya Airways and Bamburi Cement have today announced the resumption of key sponsorship discussions with a view to re-starting their engagement in coming months.
The KRU is still in the process of re-shaping the organization in order to attract its main sponsors back to the sport after they expressed concerns over accountability, transparency and governance in the body.
For instance, the Union has introduced new H.R procedures, finance processes, independent committees such as the one that ran the recent test series and produced a report within a week of conclusion of the last test.
The K.R.U have also introduced new structures to create structured guidelines for managers, coaches and players. The introduction of a new C.E.O and C.F.O have led towards a separation of the board which provides strategic direction. An operational arm of the Union which is now led by a Secretariat.
Next month, the Union will host the first ever National Development Conference on 2nd September which is themed “Towards Accountable Management and High Performance in Rugby” and which will involve all rugby stakeholders.
“The Union has made some progress towards putting in place more stringent measures including realigning our internal processes, which we believe will resolve most of the concerns raised by our major sponsors,” said K.R.U Chairman Richard Omwela at a joint press briefing hosted by the K.R.U.
Despite the challenges that the Union has faced with regard to the game’s management, its key sponsors reiterated their willingness to support the continued growth of the game by nurturing and exposing talent.
Safaricom CEO Bob Collymore said that the sport was a critical national asset that has grown from a grassroots movement to a globally acclaimed discipline.
“We recognize that the game needs continued sponsorship in order to grow. Safaricom believes we have the opportunity to provide crucial support to encourage young and upcoming rugby players to realize their full potential. However, we will not sponsor rugby unless we are confident that our concerns on ethics have been addressed,” Mr. Collymore said.
Chris Diaz, Marketing Director, Kenya Airways said: “We are keen to reiterate our continued support to the new management and all activities that will grow the team. Through its support of the Kenya 7s, Kenya Airways is keen to drive the team to even greater heights as they aspire to gain more traction in international competitions. However, we remain conscious of the fact that there are still unsettled issues in the union and we will be keen to have them resolved quickly.”
On its part, Bamburi Cement stated that the developments were encouraging and that the company was pleased to note that some progress had been made with the hope that the renewed commitment by the leadership is followed through with appropriate action.
In recent years, Kenya’s rugby has gained global attention through the successes of its national sevens team. The sevens team reached the World Cup semi finals in 2009 and 2013, while the Simba Fifteens have risen to an all time high rank of28 in the world.