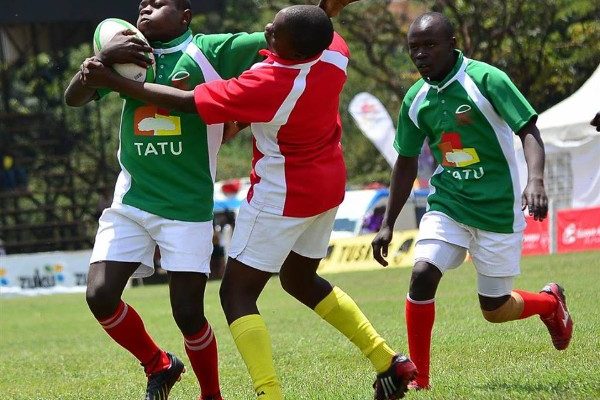 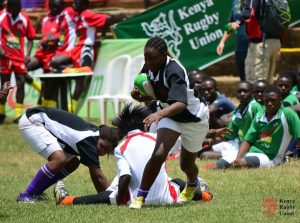 A total of 120 boys and girls in the U-16 age bracket played demonstration matches, showcasing, in the words of KRU Age Grade Co-ordinator, Nicholas Aballa, “Inspiring and entertaining rugby. “

Aballa further said, “ Getting all these youngsters to play and curtain raise before a high profile match such as the Kenya – Hong Kong test goes a long way in inspiring them to perform even better. Remember, the G.I.R tenets are TRY, PLAY, STAY. Such festivals do give them the passion to  put all the tenents into action, and as a result stay further and longer in the game.” 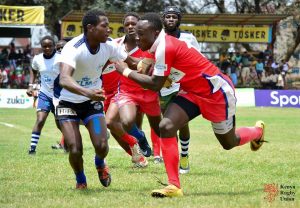 “ A lot more G.I.R activities are planned and we shall endeavor to spread them around the country, “ he concluded.

The activity was capped by the match between the Stanchart Impala Saracens Academy U-19s  and the Northern Suburbs U-19s, a match that the Saracens youngsters won 34-16.