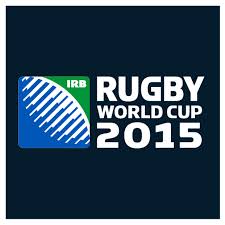 The international Rugby World Cup Trophy Tour is now complete. Land Rover, as a Presenting Partner of the inaugural Tour, has helped to inspire new audiences around the world and capture the imagination of Rugby fans, by driving the Webb Ellis Cup to places it has never been before.

The Rugby World Cup Trophy Tour began in Japan in May 2014 and has visited 15 countries over 13 months. On each leg of the Tour a fleet of Land Rover vehicles has provided logistical support to the Tournament organisers, England Rugby 2015, helping to give those who would otherwise never see the Trophy the chance to do so.

Along the way Land Rover played host to a unique activity called the Least Driven Path, which has given Rugby fans from grassroots clubs and communities the chance to see the sport’s most prestigious prize. Visiting some of the world’s most renowned and beautiful locations, including the foothills of Mount Fuji in Japan, Australia’s Blue Mountains and Niagara Falls in Canada, the Webb Ellis Cup has been driven over 5,000km, the equivalent of travelling between Rugby World Cup 2015 venues Twickenham Stadium and Cardiff’s Millennium Stadium 20 times.

Throughout the Tour, the Least Driven Path was supported by some of the sport’s biggest names as Land Rover linked up with a host of its international Rugby Ambassadors, such as former Rugby World Cup Winners George Gregan, John Smit and Lawrence Dallaglio. Legends of the Game from all over the world including Shane Williams, Felipe Contepomi and Dimitri Yachvili, also took part in Rugby coaching sessions at grassroots clubs to help inspire the next generation of young Rugby players.

Mark Cameron, Jaguar Land Rover Global Experiential Marketing Director, said: “The Least Driven Path has not only helped grow excitement for Rugby World Cup 2015 but enabled us to champion the sport at grassroots level all around the world, something that is at the heart of Land Rover’s Rugby World Cup 2015 campaign, ‘#WeDealInReal’.”

Land Rover will continue to transport the Webb Ellis Cup when the Trophy embarks on a Tour of the UK and Ireland on 10 June, marking the 100-day countdown to the Tournament. Land Rover has provided a bespoke Defender, with a custom-built display cabinet for the purpose of transporting the coveted Trophy in the build up to and during Rugby World Cup 2015.