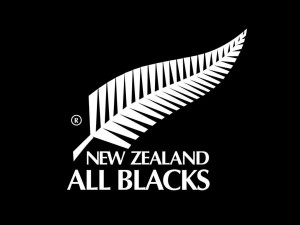 When Los Pumas touch down in Wellington for their clash against the All Blacks in The Rugby Championship next weekend, it will recommence what is becoming a celebrated rivalry – but the significance of their first two matches in turn acclaimsNew Zealand’s first captain to take a team to Buenos Aires.

It was the dearly loved and departed Jock Hobbs who brought a strong All Blacks team with a huge record to Argentina – winning four straight Bledisloe Cup Series from 1982 to 1985, while whitewashing the British and Irish Lions in 1983 in what was at the time just their second tour without an international win.

Hobbs was playing his penultimate year of test rugby at the time, and the former New Zealand Rugby Union Chairman, would finish with 15 test wins from 22 internationals, but not before entering one of the All Blacks’ final frontiers in taking a full test team to the South American continent.

Argentina at the time played more rugby against Chile, Uruguay and Paraguay than against powers like the All Blacks, Les Bleus, England or the Wallabies – but the Pumas scored a famous 19-19 draw against England in 1981, and had squared two test series against Australia and France in 1983 and 1985.

As always the educated boot of captain Hugo Porta was the platform in which the Argentine’s aggression up front allowed the sleeping giants to compete against established rugby colossuses, and when the Club Atlético Banco de la Nación Argentina product outplayed Mark Ella in Brisbane, it was an age where the South Americans began to realise their vast potential.

But the All Blacks were a nation that the Argentines were well aware of, and when Hobbs arrived with his team, the locals were in awe of a squad that possessed the backbone of the New Zealand side that would win the first Rugby World Cup.

John Kirwan, David Kirk, Andy Haden and Murray Mexted were regulars in the starting team, while on the bench lurked a young but steady fullback by the name of Robbie Deans.

On the 26 October, 1985, the All Blacks and Pumas would meet for the first time, and while the final score of 33-20 with four tries to the tourists, two to Kirwan and a captain’s try for Hobbs, didn’t detract from the Pumas ability to match it with the fabled Kiwi pack, with the hosts trailing just 14-15 at halftime.

Again Porta was evident, completing an impromptu hat-trick of knocking over a drop kick in his recent tests against Australia, France and now New Zealand.

The All Blacks were not without their own star at first five-eighth, albeit a legend still to carve his name into history, with Grant Fox playing against a Rosario and Cordoba Selection before making his test debut against the Pumas in the first of two matches.

The second meeting had the hint of an ambush, with a 56-6 win over a Mar del Plata selection combining with 28-9 and 72-9 victories against Rosario and Cordoba for the All Blacks, leading to popular view it would be a formality to win every match – with the former provincial contest being played at the famous ‘Country Jockey Club’ in front of 5,000 spectators.

For the second clash between the countries, over 30,000 were said to have packed into the Ferrocaril Oeste in Buenos Aires that day, and when Craig Green and Mexted crashed over the try-line in the first half, while Kirwan again added a double, the 18-9 halftime scoreline pointed to an All Blacks victory – with only the boot of Porta keeping the hosts in the game.

But if the glorious boot was only allowing the Pumas to hang on in the first half, it was the same entity that allowed the home side to pin the All Blacks back for the final 40 minutes – and eventually four penalties and three drop goals to the Argentina number ten allowed the South Americans to square terms with the men in Black in just their second meeting.

Porta’s heroics in that test ensured that he received the prestigious Olimpia de Ora Award, essentially ‘Sportsman of the Year’ for Argentina in 1985, while that same season French rugby bible Midi Olimpique labelled him ‘The best Rugby Union Player in the World’.

Romantics could suggest that the All Blacks changed their planning and awareness of the Pumas after that 1-0 series win, aware of the forward potency of the Pumas, but also conscious of the fact that despite promise, they were still to unlock all aspects of the game – namely with backline attack.

In following years the All Blacks would willingly throw the ball around against Argentina, which resulted in some score blowouts, but the final margins were indicative of the New Zealanders being unwilling to engage the Pumas in a relentless 80 minute arm wrestle.

For as the Springboks learned last week, Argentina at home is a vastly different beast.

In 2001 despite the presence of Jonah Lomu it was then captain Lisandro Arbizu who scored two tries, while Felipe Contepomi added ten points as the All Blacks overcame an 8-10 halftime deficit to eventually tough out a 24-20 win in South America.

Five years later the respect the All Blacks had for Argentina was evident when an advance party was sent to Buenos Aires to prepare, even though at the time New Zealand was playing a two-test series against Ireland.

It was unprecedented that a group of players would arrive early, before the main squad touched down for ‘test week’.

Flanker Jerry Collins captained the side in the All Blacks most recent match in Pumas’ territory, and impressed the locals when arguably world rugby’s most feared intimidator introduced himself initially in Spanish.

Again in that match, the Pumas held halftime advantage against the All Blacks, with yet another famed boot in the former of Montpellier based playmaker Federico Jordan Todeschini tormenting the tourists with a 14 point contribution, before New Zealand took a 25-19 win.

In Wellington next weekend, the two teams meet again to continue a budding competition between the two proud rugby nations.