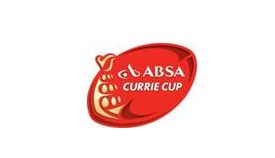 Leopards close in on top teams in U19 Championship

The Leopards this past weekend succeed in their mission to reduce the gap between themselves, the Sharks and MTN Golden Lions on the Absa Under-19 Provincial Championship log as they delivered a fine performance to topple Toyota Free State.

The bonus-point victory allowed them to match the third-placed Sharks on the log with 18 points, while they now trail the second-placed MTN Golden Lions by only six points. This means they could work their way into contention for a home semifinal if they build on this form in the next few weeks.

In the weekend’s matches the MTN Golden Lions defeated DHL Western Province 31-26 in Johannesburg, the Leopards beat Toyota Free State 34-16 in Bloemfontein and the Vodacom Blue Bulls stretched their winning streak to six matches by beating the Sharks 28-19 in Durban.

At Ellis Park the MTN Golden Lions played their way into a convincing 24-11 half time lead against DHL Western Province with a fine display of attacking rugby. No8 Jano Venter crashed over the tryline for the team’s first five-pointer in the 13th minute after a few tight exchanges, but Western Province flyhalf Christopher Smith hit back two minutes later. The Lions, however, made the most of their opportunities as the half progressed, which earned them two more tries by Koch Marx and Carlisle Nel.

The second half proved to be much tighter, as the visitors stamped their authority, resulting in a thrilling half. Western Province had the first say as Pieter Schoonraad scored their second try early on, but the Lions cancelled it out as Nel scored his second minutes later. This try also secured the team’s bonus point. WP fought back and earned the rewards with Sebastian Ferreira crossing the tryline late in the game, but the Lions’ first half lead proved to be enough to secure the victory.

In Bloemfontein the Leopards produced a spectacular second-half display to outclass the Toyota Free State and secure their fourth bonus point for tries in six outings. The first half was a hard fought as the teams threw everything at each other, with the Leopards scoring two tries while Free State wing Stephen Rautenbach kicked three penalties for a 12-9 half time score.

The home team came out strongly after the break and took the lead with Jan Venter scoring a try. But the flood gates opened for the Leopards in the last 20 minutes as they controlled proceedings and made the most of their try-scoring chances. This earned them three more tries, for a total of five, which pushed the match out of reach for the Free State.

The clash in Durban was thrilling from the outset as the Sharks and Vodacom Blue Bulls gave their all, resulting in a tightly-fought first half. So closely matched were the teams they each earned two penalties and a converted try to enter the break at 13-13.

Two more penalties by Sharks flyhalf Jean-Luc du Preez handed the home team the lead a few minutes into the second half. But this proved the be the side’s last points, as the Blue Bulls found their form and began to take advantage of the holes in the defence. With their attack functioning well, props Wilco Louw and Pierre Schoeman dotted down. Another penalty by flyhalf Kobus Marais allowed them to stretch their unbeaten run in the series to six matches.