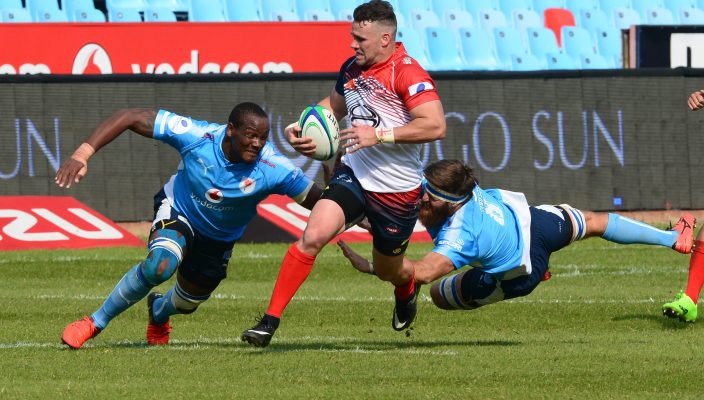 May 7 • Analysis, General News • 1195 Views • No Comments on Leopards show spots, DHL WP makes it three in a row

The Leopards and DHL Western Province maintained their winning streak in the SuperSport Rugby Challenge this weekend, with both teams unbeaten after three weeks in this new tournament on the South African provincial rugby landscape.

Their third win in as many weeks resulted in the Leopards taking charge of the Central section, with WP taking the lead in the South section. The North section seems to be pretty congested, as the Xerox Golden Lions XV, who had a bye in the opening round, secured a second win to remain undefeated, while the Vodacom Blue Bulls, who lost in the opening round, also scored another solid win after doing the same last weekend.

The Xerox Golden Lions takes on the Hino Valke in the second of the Rugby Festivals, to be played at Bill Jardine Stadium in Johannesburg on Sunday, and another win on their home turf could see them top the North Section log.

On Saturday, they hosted the Windhoek Draft Welwitschias in Alberton and totally outplayed and beating them 112-14 for the biggest winning margin so far in the Challenge. They scored no less than 15 tries, with Hacjivah Dayimani scoring a hat-trick and Jarryd Sage, James Venter and JP du Preez notching a double each.

In fact, no less than a 140 tries have already been scored in the opening three weeks of the Rugby Challenge, testimony to the spectacular action communities from across the country have been watching and enjoying, thanks to this new initiative.

Earlier on Saturday, the Vodacom Blue Bulls showed ominous form as well in the North Section as they easily dispatched the Hino Valke at Loftus Versfeld. They scored nine tries including a hat-trick to wing Sibahle Maxwane in their 63-26 (halftime 35-14) win. New recruit, Boom Prinsloo, took full advantage of his team’s dominant scrum and scored a brace in his debut, while a penalty try following a strong scrum confirming their authority in that phase of play.

The Central Section kicked off on Friday evening, with the Leopards hitting the ground running against the Toyota Free State XV, winning 37-32. The home side scored four tries in the opening 35 minutes and flyhalf’s Schalk Hugo’s contribution of 22 points (try, four conversions, three penalties) makes him the leading points’ scorer in the competition. Hugo has scored 49 points so far, with Shaun Reynolds (Xerox Golden Lions XV, 44) and Oliver Zono (Border, 40) next in line.

In the other match in this section, the Cell C Sharks XV registered their first win, an impressive 52-24 victory in Welkom over the Down Touch Griffons. The home side was still in the contest at the break, only trailing 17-19 at the HT Pelatona Projects Stadium, but the Cell C Sharks XV ran in eight tries in total as they won going away. Garth April scored a brace and kicked four conversions for a solid 18 point contribution.

There were tries and them some in the South Section too. On Friday, the Border Bulldogs and SWD Eagles scored six apiece in a try-fest in East London, but the home side left the BCM Stadium victorious due to better goal-kicking. Oliver Zono converted all six tries scored by his team on route to a 42-38 win on the East Coast of the country.

On Saturday, on the West Coast, the DHL WP maintained their winning streak over their southern rivals by beating Boland 35-28 in Velddrif. The visitors jumped to a 28-6 lead at the break, but in the second half it was all Boland as they were urged on by the home crowd. They scored the last two tries of the match, but had too much to do as time ran out for them.

A summary of the results and scorers of the weekend’s matches follows below. (Access to the tournament media centre for run of play commentary is available here). 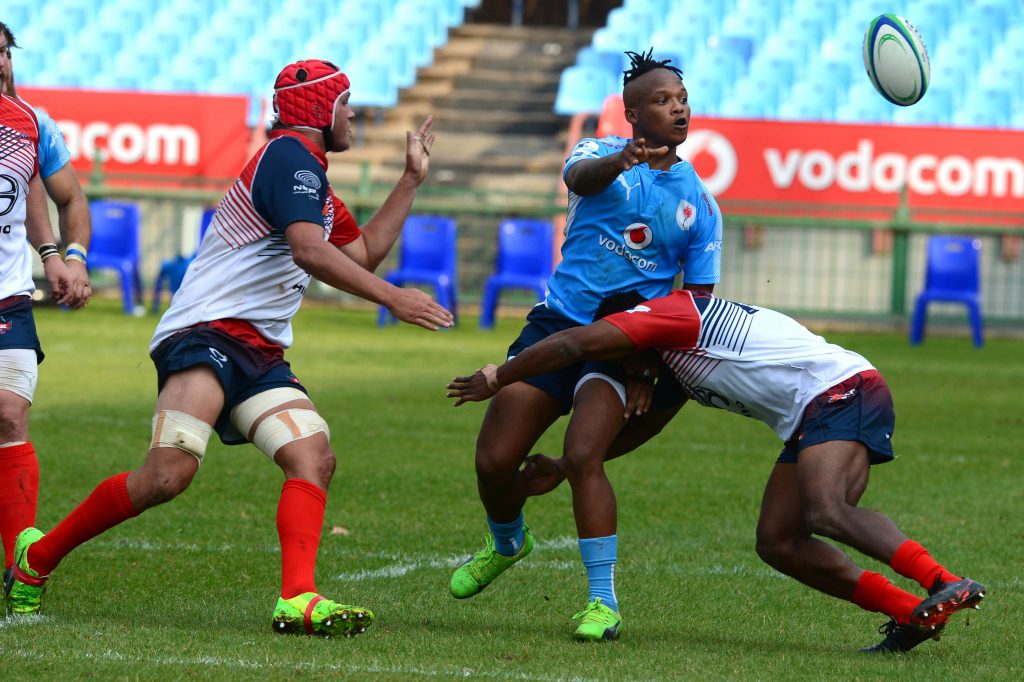 PRETORIA, SOUTH AFRICA – MAY 06: Tony Jantjies of the Blue Bulls during the SuperSport Rugby Challenge match between Blue Bulls and Valke at Loftus Versfeld on May 06, 2017 in Pretoria, South Africa. (Photo by Lee Warren/Gallo Images)

The logs after three rounds of the SuperSport Rugby Challenge are: